Preserve The Culture Save The Music 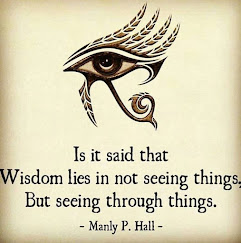 April 13th, 2022 -"We don't need division, confusion, and ridicule, we are the future we must survive."  I certainly don't need to listen to the radio to hear the latest music or become a fan of any veteran artiste to know what's going on in the world of music. My respect, admiration, and appreciation for the success they have had are enough! However, as youngsters, we most definitely need to figure out an appropriate name for our music and harness our culture so that we can sustain the legacy left us by our forefathers as we soar to greater heights"   ~ Kingpin~

Not only did it take a misleading headline to remind us of one of social media's greatest drawbacks, the fact that people don't read enough anymore but also; begs the question of whether or not the Jamaican music industry is capable of managing the challenges music industries now face. The conflicting discussions which transcended from Billboard's creation of an Afrobeat Chart, two (2) years after discontinuing the weekly Reggae Digital Songs Chart which ranked the top downloaded and streamed reggae and dancehall songs, caused an upheaval that literally awoke the monster in the room, division! Critically divided when change is inevitable and unity is needed to save the music!

N.I.P.news sat down with upcoming artist Kingpin and his Manager Romario Bowen to have a chit-chat on some of the issues discussed, the comparison between 1990s reggae/dancehall music and now, the different sound(s) heard in the music, and whether these sounds can be considered a progression of dancehall music or not so creative fusion of genres. The youngsters are very observant and concerned about the status of the local music industry and culture. They believe the industry has been experiencing change for a while that is not widely accepted, "music production has evolved it is no longer the same, juggling is no longer the same as it was during the 90s when the music carried a very distinctive sound pattern," said Romario Bowen aka Romii. Bowen is a dancer and ardent music fan first before he became Kingpin's Manager, he continued, "the introduction of digital, computerized sound, the Sleng Teng era up to a few years ago has run its course. When we enter the studio each artist creates his own sound. Technology and the use of samplers have reached a point where an artist does not need to follow a specific pattern to create his music so now what we are seeing or hearing is more likely personalized sounds."

In reference to a recent post on social media, that was made by veteran entertainer Beenie Man in regards to his disagreement with trap-dancehall as the new dancehall sound Kingpin, who officially launched his music career in 2022 and has released about six (6) tracks since said, one difference could be advanced technology, "After the 1990s digital/computerized breakthrough era from live music and the use of analog, the introduction of the 808 drums, (a drum machine manufactured and first used between 1980 - 1981) further evolved I'm not sure but I think it was after Kanye West created a whole album using certain drum patterns but today in 2022 further advancement of technology has taken music production to a whole other level and new direction, the future."  Recently a news article posted online drew attention because the richest man in the world Elon Musk was arrested at his latest Tesla Gigfactory Rave in Berlin. According to the news report the police confiscated a massive sound system that Musk claimed, in a stupor came from Mars.  The police were not able to make sense of the statement, and they have given no further comment on whether or not the sound system was in fact made from alien technology. They did confirm however that it bumped louder than anything they'd ever heard before.

With social media and digital sale platforms offering do-it-your-self opportunities, direct connection with fans, easier access to music on various digital platforms, plus tons of exciting options to listen to, a significant change has taken place in the worldwide music industry for sure, "when I log on to Spotify to listen to music I love, over time, a playlist of all the songs I listened is automatically created for me" Kingpin said. "one only has to think about a song or an artist and the music or artist name appears on their device(s). Technology continues to advance and the younger generation advances quickly with it surviving and interchanging as we go along. If there's anything that we need from our veterans and elders it is guidance, support, and encouragement. We don't need division, confusion, and ridicule, we are the future we must survive."  I certainly don't need to listen to the radio to hear the latest music or become a fan of any veteran artiste to know what's going on in the world of music. My respect, admiration, and appreciation for the success they have had are enough! However, as youngsters, we most definitely need to figure out an appropriate name for our music and harness our culture so that we can sustain the legacy left us by our forefathers as we soar to greater heights" concluded the Blessings singer.

It is safe to call the 1990s era in Dancehall a monument in Jamaica's Music history, a guideline to the future. The industry embraced the changes and bolstered the dancehall platform but not without flaws or fault. During that era, many artists also faced ridicule and pressure and many were never given the exposure they needed to propel themselves further.

Over the years the Dancehall genre seemingly acquired a new version of itself. Many reggae and dancehall artists strive for recognition in the United States and relish any and every attention gotten especially on major platforms. Shabba Ranks, Shaggy, and Sean Paul gained notable and admirable success but it became more evident that dancehall's underground/street music had propelled beyond the U.S/Caribbean borders. Only a few dancehall artists seem to have noticed these trends at the time and placed special focus on the increasingly massive, supportive Jamaican music-loving fanbase across the United Kingdom, Europe, Japan, Africa, and other countries/continent. Well for this writer, if it was not evident at any other time, it became evident with the emergence of Vybz Kartel and the 2009 gully/gaza musical feud between himself and Mavado that the popularity of this street type music increased significantly.

Fanbases across the United Kingdom, and several European and African countries, grew quickly like a category 6 storm extending its tentacles across the ocean as it wreaks havoc. Dancehall street music had started to create more viable marketing opportunities. This comes, during a period in which Africans were coupling their extensive use of mobile phones since the 1990s with a more recent and massive interest in social media. Those markets were potential markets the industry needed to capitalize on. As far back as 2015, Nielson reported that many companies had mobilized to capture the emerging demands of 350 million consumers on the continent of Africa alone giving insight into business development and growth opportunities. The article also noted that to Africans, music is a social activity in which almost everyone participates. And so, the local music industry might have missed out on one of the greatest opportunities to market the often condemned "street dancehall" music as a global product across a more acceptable target market than the U.S. The internationally accepted version of Dancehall dominated other genres moving units and was out in front while the street version of the culture, its popularity, and ability to develop into a marketable product failed which created room for other genres to advance, a competitive strategy that would over time allow the competition to grow stronger in numbers. As it was then so it is now the ridiculing of the creators further cripples the progression of the music.

That said, it would be hypocritical of this writer to not agree with some of the topics of discussion regarding the street version of Dancehall. Such as the act of trying to replace the product "Dancehall" with a new unnamed product that's ludicrous. Such a move would be like Usain Bolt giving up his historic track record and title to an athlete with great potential who is yet to break any of Bolt's records. The accepted version of Dancehall is an established genre, trap-dancehall is a fusion of two genres, both of which are already established. What the new creators need to do is to come to a consensus on a widely accepted name for their new sound(s) quickly. Failure to do that can only mean Dancehall remains just that Dancehall which leads to another important topic of discussion.
Dancehall since its inception became a beacon among genres as a result of certain standards that was always upheld by its originators, the embodiment of Jamaica's culture. Standards that withstood its competitors for years. Preserving the culture is an important action that should not be breached. Its unique quality cannot be changed as it is real, is significant to live in today's world regardless of whichever newly adopted way of life takes on a life of its own. As the great Bob Marley once said in an interview when asked whether or not the music can be copied, "copy! of course, it can be copied but is not the copy, is the feel." The local industry is at a crossroads, it is time to accept change, yes, but more importantly, it's time to fight to preserve the culture.  He who stands for nothing falls for anything. Preserve the culture, save the music!
N.I.P.news