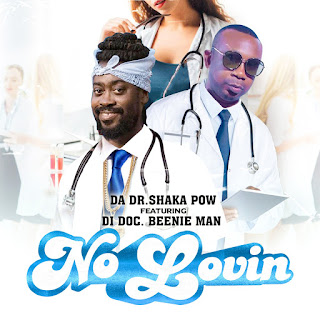 The Doctor Beenie Man and Dr. Garth "Shaka Pow" McDonald has an antidote for no loving which they sounded off on their brand new collaboration entitled, "No Lovin" produced by Chris Thomas of IWAAD Music, Executive Produced by Shaka's Outfytt Record label. Chris Thomas came up with the concept for the song after hearing both Beenie Man and Shaka Pow tracks on the Reggae Party Rythm and pitched the idea to the artists.

When asked how it was working with Beenie Man, Shaka Pow said, "Beenie perfect cuz him flexibility and energy as an artist ever ready to work and do it fi the music is a hallmark of  Moses undercelebrated. He has done a lot for the culture, producers, promoters, sound system, and fellow artist." Shaka Pow is an ardent supporter of Beenie's one time rival now very good friend, Bounty Killer, and has publicly supported Bounty on many of his charitable and other efforts so he was quick to distinguish his respect and support for both artists individually and as veterans in the business and explained, "you know Bounty a mi general, philanthropist and poor people governor, well celebrated. Just giving Beenie some a dah glory deh too as the man that opened the shows at UWI (University of the West Indies) when Beenie got his honorary doctorate from the students and Bounty got his professorship."

With regards to public perception of "No Lovin" Shaka Pow said, "the feedback is tremendous. Me and Beenie voice range complement each other on the track, big voice, and singjay energies. People of all ages, nationalities, and creeds are loving it. There's a video in the pipeline too."

Shaka Pow's team is positive about a summer buzz for the track as well as the artist. There 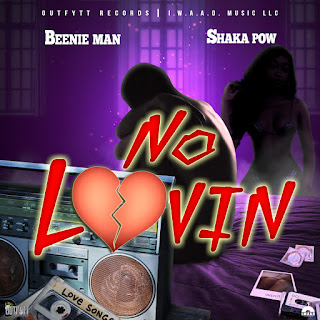 are also other projects out or being worked on such as Govern on the Standing Fan riddim, produced by Jah Snowcone, and Outa Space on SpaceDem Riddim produced by Outfytt/IWAAD Music LLC. His independent Outfytt Record label is also making an impact in the industry and has released a number of riddims including, SpaceDem and have worked with the likes of Mr. Easy, Beenie Man, Lexxus, Doza Medicine, Shortboss Goody Plum, Harry Toddla, and General B.

No Lovin by Shaka Pow and Beenie Man is available on all digital platforms. Music fans can follow Shaka Pow on social media @shaka_pow_outfytt.