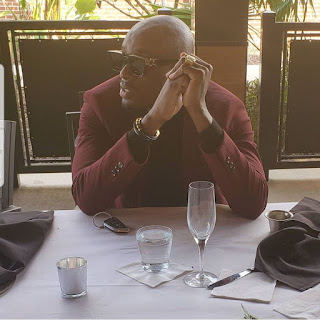 Singer Marvin Binns has released his first official single from his independent Binnz Music label entitled, Two-Face. The track signifies the beginning of one of the reggae/dancehall crooner's dream projects and he explains to NIPnews his reason for dropping a single and not an album, "as the industry evolves there's so much to learn and the best way is by experience. This track is essentially a guide through the whole process of recording, distributing, and creating revenue."

Although 2020 has been seriously rough on the global music industry, Marvin Binns like so many other artists and entertainers remain hopeful for a brighter future and passes the time and added attention on social media amplifying his base, "I have really seen improvement and is encouraged by it" he said. "I have been added to a number of playlists that I've never been on, I have been getting increased airplay across many radio network that has never played my music before and for the first in a very long time I feel really good about the direction my career is heading."

Marvin's popular tracks in rotation are Let's Get It On on Northside riddim, Blessings produced by Sunny Island Records, and Two-Face.  Regarding Statement Mixtape which was released ahead of the pandemic, he said, "I compiled this mixtape in order to give fans a body of my work to listen to. The tracks remain fresh and the feedback has been good so far. I truly believe the mixtape is a constant bearing my imprint and good enough for music lovers to understand what to expect of me. I can only get better" he concluded.

Meanwhile, the newly released Two-Face single is frequently getting added to DJs playlists as it provides insight on trends Marvin had hope to learn about. Interestingly too, it is the type of song that gets some people edgy and some, unbothered.