Off With a Bang - 2020 Reggae and Dancehall First Month Motivation Young Jamaican Recording Artists For Super Bowl
As Koffee rides high kicking it with the stars she is slated to perform on two major American concert stages Coachella and the Super Bowl Weekend preludes. Joining her are the rising Jamaican stars Shensea and Squash 6ix Boss on the list of performers for the Viewtopia Music Festival. These events create major opportunities for artists trying to increase their fanbase and garner international exposure. Viewtopia is one of the biggest preludes of the NFL Super Bowl.

Inner Circle "Bad Boys" Honoured
Iconic Reggae band Inner Circle was honored at the world premiere of the highly anticipated movie series, Bad Boys 4 For Life 4 recently in Miami. Their Bad Boys soundtrack created high energy for the movie since its 1995 debut and is claimed to be the most popular Reggae song of all time. Bad Boys For Life 4 is the final in a series that reunites American Actors Will Smith and Martin Lawrence on screen for the first time in 17 years in the "Bad Boys" action franchise. The film is directed by Michael Bay and produced by Don Simpson and Jerry Bruckheimer. Inner Circle celebrates 50 years in music in 2019. 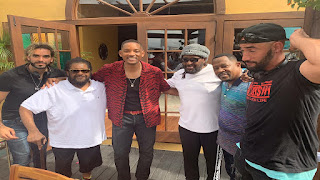 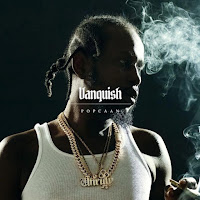 Numbers Don't Lie - Popcaan "Vanquish" Mixtape
When Popcaan released 'Vanquish' mixtape on Drake's OVO Sound label back in December 2019 it debut at Number 2 on Billboard Reggae charts. The mixtape, which Pappy gifted to his fans for Christmas was released ahead of his 2020 album as a way of offloading some of the numerous tracks Popcaan said he has recorded and not released.  'Vanquish' since its' release has already garnered over 3 million views collectively on youtube alone with the track Numbers Don't Lie receiving over 930,000 views.

In an interview with Hot 97s radio personality Ebro Darden aka Old Man Ebro, Popcaan hails rapper Drake for supporting and shedding light on Dancehall by shedding light on him (Popcaan). He also revealed that a Drake/Popcaan collaboration will be included on his 2020 album. 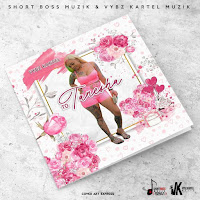 "dancehall artist expressing certain emotions to his baby momma.." and, "a centrally RnB and Hip Hop album created to show the artiste diversity, as stated in a release.  However, Vbyz Kartel is quick to point out, "...I say I am in no way trying to be a hip hop artiste or switching genre camps."  Interestingly too is the fact that "no profanity" was used throughout the entire album plus, a number of the tracks slaps! Favorites include, "More Than You Receive," "Case Iron Heart," "Rocket To Da Moon" among at least 5 tracks that are steadily streaming. According to a release posted on producers, Vybz Kartel And Shortboss Musik labels, "The album features some of dancehall and reggae's most prolific artists such as Jesse Royal and Jada Kingdom" whom the incarcerated DJ personally acknowledge as, " ..two people I admire and while listening to each track just felt that their unique styles were the right match for the project."

Explaining the process of creating tracks for the project Kartel said, "shaping the sound for this new album was a "play by ear process as I've never  done a Hip Hop and RnB influenced album before but being a fan of my American cousins genre, I pretty much knew how to shape my original melodies." 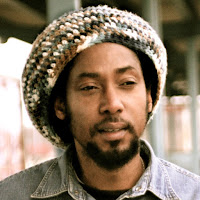 St Lucian Reggae Artist Ambassadorship Recognition
St Lucian Reggae artist Taj Weekes was named Goodwill and Brand Ambassador of Saint Lucia, the Government announced. "The Saint Lucia Goodwill Ambassadors program is proposed as a tool to actualize the national cultural policy in a number of key areas," said Minister Fortuna Belrose. "They are citizens of Saint Lucia who have received international acclaim and the overall objective of the program is to serve as a catalyst for socio-economic transformation and the development of human capital in all sectors related to the creative arts and the industries, sports, visual arts, gastronomy, and music."