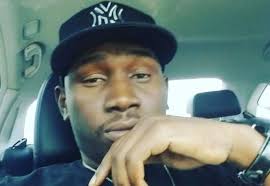 If you don't stand for something, you fall for anything.

One of Jamaica's music industry most controversial selector, popularly known as Foota Hype, the self-titled Viral King has been called out on several occasions for speaking his mind on topical issues most people believes he should at least withhold his opinion. However, Foota Hype in his own defense said he is only doing what is right and stand his ground because "I'm doing God's work" he said. Suffice to say Foota Hype denounce Jesus Christ as the true God as in his belief the story of Jesus was construed to mislead those who believe it.

His blatant and unapologetic views have wrought many persons but on the contrary, Foota Hype has been applauded for his bravery to publicly speak on the issues he addresses by many of his followers. Women, men, and even children tune into his Instagram live story daily, one woman said, "I have two sons and every evening when he goes live I call them to sit with me as I believe it is important that they learn a thing or two from him," she told NIPnews. But is Foota Hype just a concerned, purpose-driven individual who has seriously taken on the mantle of speaking on important issues that are mainly affecting Jamaica and the Jamaican music industry or, is he an imposter doing it all for clout?

Foota Hype to many might sound-off his views in an aggressive tone at times but no one can disagree that his messages are quite clear.  His beliefs often reflect the harsh realities of society which many are supportive of but afraid to speak on publicly. As it relates to the Jamaican music industry, Foota Hype concerns are deep-rooted as the now affects the future of an already fragile industry. Issues which should also be concerning for every Jamaican especially those like himself who earn their living from an industry where the objective (like all other) is to make money and collectively secure the product/brand for generations to come.

what was once deemed wrong to now be right and likewise, fake to be okay. Hence in such a scenario morality within society is seemingly gone with the wind. Where this trait is normal and as it relates to the Jamaican music industry one begs to ask the questions:-
Some of the topical issues discussed by Foota Hype to be resolved are not inconceivable to the average person who understands the far-reaching and long term effect of it all on an unruly society. In fact,  education withheld and driving interest to read and research independently has been strategically imposed upon generations for years. Foota Hype, however, and others like him who choose to speak out on some of the issues are displaying a level of self-confidence which re-embark upon the process of self-discovery that is expressed by the evolution of a people's culture.

Collectively, founding artists of Jamaica's Reggae music created out of similar circumstances many years two unique genres but likewise, collectively and many years later, generations following have destroyed and is still destroying much of those gains made. This period might just be that time when a clear distinction is needed to be made between reggae and dancehall music originating from the 60s when Jamaican music 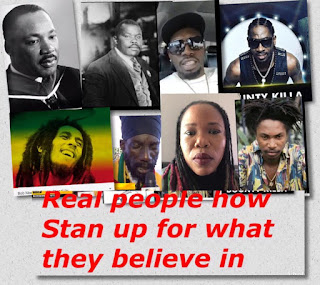 expressed Jamaica's culture that embraces the African culture to a new genre(s) that has moved away from its African heritage. One writer captured the essence of the transitional period then, "It is fascinating to note that the artists themselves have sprung from every walk of life and share a remarkable camaraderie and community of interest. During the 1960s the field of popular music which used to be completely derivative, ranging from adaptations of The Mikado to an almost stupifying appetite for exact renditions of the songs, styles, and variations of leading American pop singers, has shown hopeful signs of indigenous vigour." While contemplating, remember the resounding words of the great Marcus Mosiah Garvey, "A people without the knowledge of their past history, origin, and culture is like a tree without root." Foota Hype might not be everybody's favourite guy and understandably so but he is most certainly getting the attention of like-minded folks who applaud him for his bravery and determination to speak on sensitive issues, "people just need leadership" he told NIPnews. That said, it is rather convincing that Foota Hype is indeed serving his purpose be it harsh or painful to acknowledge.