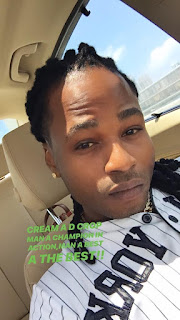 As Bramma puts the finishing touch to his upcoming all reggae album he's making every effort to appease the fans with exciting tracks and warns, "some a di producer who forget who did help dem when dem was nobody, God don't like ugly"

The G.G.O.D Records leading artist told NIPnews "It's just amazing how me establish longstanding work relationship with some real youth inna music who me meet along me journey compared to dem wey me and dem start out the same time and mi use mi likkle ratings dem time deh and help dem out, now mi can't even call dem" he said.  Very confident in the future of his music career Bramma said he has been following some news item and find himself in agreement with some issues Foota Hype and Laden been calling out, "mi nuh want a man feel sey mi a beg fren publicly dem fi kno a bun mi a bun dem out publicly!"

Bramma said recent travels to the UK and US reminded him of how far-reaching his music is and the fact that he has loyal fans, "Inna Miami wha day fans a come up to me and big me up a tell me dem love the new ting dem and a sing wey dem like. When me hear dem ting deh a suh mi know mi good, jus gwaan work Bramma," he encouraged himself.

Recently, Sweet Music Production and DJ Smurf dropped their latest project, the Still A Live riddim featuring Masicka, Dexta Daps, I-Octane, Bramma and more. Bramma's "Stay To Myself" track off that riddim solidifies his willingness to make brand BRAMMAGGOD and his independent G.G.O.D. Record Label a force to be reckoned with.

Maintaining consistency in production quality as heard on others tracks now in circulation such as Stevie Wonda, Enemy, Delilah and Wine and Show It is among a list of priorities for Bramma, "this has been a major concern for me looking back but being at the helm now changes everything," he said. 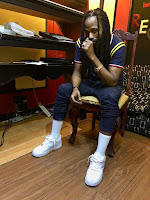 Music fans can look out for new tracks soon to be released such as, Beauty and The Beast which is a follow up to his 2017 popular, Jazmine track, "Talk To Mi" and Skeleton. "We out here putting work in," he told NIPnews, "mi just waan dem producer deh fi kno water caan boil without fire!" as for what to expect of him from here on Bramma responded,  "Mi inna mi comfort zone and getting better every day suh di fans just need fi keep up, G gad!."  If you want to keep up with the self-titled gorilla god lock in @Brammaggod on Instagram  @youtube / Bramma Gorilla