Shaggy and Sting Takes the Grammy 2019 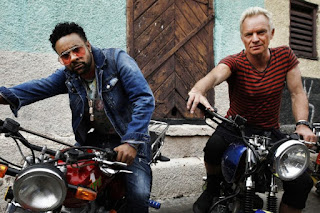 Congratulations are in order for Shaggy and Sting, winners of the Grammys "Best Reggae Album 2019." Their collaborative album 44/876 was released April, 2018 by A and M Records, Interscope Records and Cherrytree Records. It's title refers to the country calling code for the United Kingdom (+44) and the North American area code for Jamaica (876), both Shaggy and Sting's respective home countries. In the first 3 months of it's release 44/876 sold over 500,000 copies world-wide.