Jamaican Recording Artist BrammaGGod has an Anecdote for Hating! 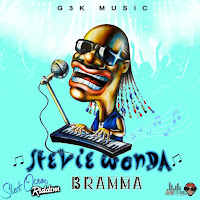 Jamaican Dancehall/Reggae recording artist BrammaGGod has created and released a playful and hilarious social commentary on a track called, 'Stevie Wonda' off the Silent Ocean riddim produced by G3k Music. The song takes jab at stress related issues caused from hating and offers a solution to handle it all with a hilarious attitude. Check out this new single 'Stevie Wonda' it's the new wave for dealing with hating, "call me Ray Charles but i'm blind to the haters 'bleep' dem an everybody" BrammaGGod sang. 'Stevie Wonda' is available on all digital platforms and was created for fun and entertainment only.

Year 2019 marked the beginning of a new era for the 27 year old artist whose full contractual agreement with his former management has ended. The Heading To The Top, Cha Cha Bwoy launched his independent G.G.O.D. (God Guide Over Us) Record label, January 2019 under which his protégé KrvcialGGod, the label's first recording artist will roll out. 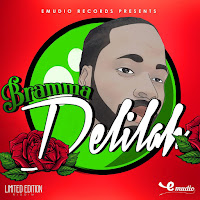 Edition Riddim produced by Emudio Music and featuring the likes of Mavado, Jahmiel and Chino. 'Delilah' is another track created by him since the start of the new year displaying an improved melodramatic tone which he has been working on over the past year. The crafty Kingston based artist has been craving for his independence, "there's so much I can do, I want to be myself" he said, and looks forward to introduce with every new song his artistic versatility under his label.

Look out for more music like 'Stevie Wonda' and 'Delilah' from BrammaGGod throughout the year as well as a Reggae album and soca tracks(s). Follow him on Instagram @brammaggod and @ggodrecords for updates and previews.