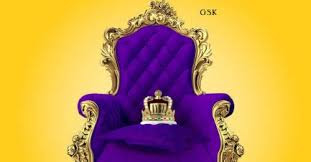 A king is born...
In 1981 Yellow Man became the first Dancehall artist to sign a record deal with a major American music label. He was signed to Columbus Records which is owned by Sony Music Entertainment, the oldest surviving brand name in the recorded sound business and the second major record company to produce recorded records. Yellow Man is said to have had, a substantial influence on the world of hip-hop and, was widely credited for paving the way, for successive reggae artistes on a growing hip-hop community in America during the 1980s. Some of the rappers who sampled his music included some of Hip-Hop/Rap music's most influential, the ground-breaking 'gangster' rapper Eazy-E, foundation rappers KRS-One, the undisputed Notorious B.I.G., timeless rapper Tupac Shakur and Blackstar formed by Mos Def and Talib Kweli.

During his reign in the 80s, King Yellowman was said to be, one of the most verbally 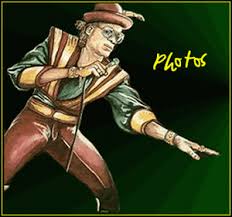 nimble toasters, with a loose, easy flow, a talent for improvisation, and a definite wit in his wordplay. True to his stage name, he was an albino, which carries a tremendous social stigma in Jamaica, his rise to stardom was unlikely, but King Yellowman's ability to ride a riddim was matchless hence, his transformation from untouchable outcast into sex symbol was staggering -- and may not even took place without his trademark lewdness which affirmed him as a sexual being and was delivered with enough humor to let the audience know that he wasn't taking himself too seriously.

Yellow Man overall achievements at the helm of the Dancehall industry during his tenor earned him the, 'King Of Dancehall" title. He became the best-selling' dancehall artiste in overall sales and brought about a change that is said to have 'epitomized dancehall penchant for 'slack lyrics' even today. King Yellow Man released over 40 singles and produced up to five albums per year.

Then came Shabba Ranks.....
Influenced by the likes of King Yellow Man, Shabba Ranks emerged in 1988 with a 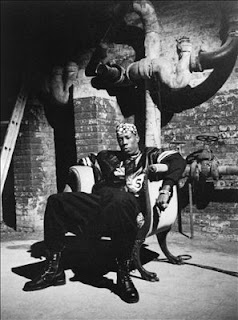 popular local track called, Needle Eye Pum Pum. Between 1989-1990, he recorded mainly with producers Bobby Digital, Gussie Clarke and Steely and Clevie producing over 50 singles from which he landed several hits such as, Wicked Inna Bed, Roots and Culture, Live Blanket, Maama Man and Peeny Peeny. His album Rappin With The Ladies also produced some hit features such as the 1990s smash single, Telephone Love with songstress J.C. Lodge which became one of his first successes in the UK; Twice My Age another collaboration featuring Krystal called Mr. Lover Man and a remix of singer Deborah Glasgow's Champion Lover. Shabba Ranks was also successful in the UK from other recorded singles with Maxi Priest, Home T and Cocoa Tea.

Shabba Ranks booming growl of a voice earned him many imitators, and his sex obsessed lyrics (a continuous trait of King Yellowman) made him one of dancehall's hottest sex symbols. He was said to be, arguably the most popular dancehall toaster in the world. Shabba Ranks massive crossover success in the U.S. that included collaborations with Johnny Gill, Queen Latifah and KRS-One, landed him several RnB chart entries and made him the first dancehall artist to win a Grammy.

Shabba Ranks burgeoning popularity led to a major-label deal with Epic in 1991 and a successful album, As Raw As Ever, which peaked in Top 5 on the RnB Charts and #1 on Billboard Reggae chart. His duet, The Jam with KRS-One, topped the hip-hop singles chart in 1992, Mr. Lover Man re-released as a single in the United States, following it's appearance in the film Deep Cover; peaked at #2 on the RnB charts, the Maxi Priest duet Housecall also peaked in RnB Top 5 along with Johnny Gill's Slow and Sexy nabbing three Top 5 RnB entries. The Shabba Ranks 'X-Tra Naked' album which featured Ting-A-Ling and the What Cha Gonna Do, Queen Latifah duet landed him his second straight Best Reggae Album Grammy. He was so popular that two compilations of his earlier Jamaican hits namely, Rough and Ready and Mr. Maximum both charted in the U.S. in 1992 as well. 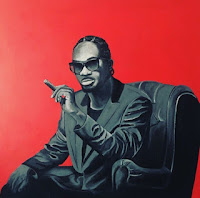 The Grunggad Arise...
The 90s was a highly competitive era in Dancehall's history. Many music talents emerged including two who would become the longest reigning artistes in the industry but not without shortcomings if only one can hold the title 'King of Dancehall'.

Bounty Killer undoubtedly transformed Dancehall and brought about a generational shift that saw the emergence of a fleet of proteges to include Elephant Man and the scare dem crew, Vybz Kartel, Mavado and many more. Other Dancehall artistes and fans emulated Bounty Killer. His commanding voice/vocals, at the peak of his career became most dominant and effectively reigned the dub-plate era of his formative years.

These traits separated the 'grung gad' from his once, long time rival the 'doctor' Beenie Man.  The people's Icon, grunggad, gaadfather, general and king in his own right has inspired more artistes than any other. He musical achievements includes 4 Billboard Hot 100 and US RnB/Hip-Hop chart entries from recordings/remix with the likes of The Fugees, Mobb Deep, Swiss Beats, Dawn Penn, Dennis Brown and Ken Boothe and the major collaboration 'Hey Baby' with No Doubt which peaked at #5. His 1996 album 'My Xperience' spent six months on the Billboard reggae charts and his highest record sales on a single/track comes from a No Doubt collaboration entitled "Hey Baby" which sold platinum and landed him a Grammy award. Bounty Killer has never called himself "King of Dancehall" but has publicly acknowledged his own impact and influence on the genre and fans.

The Doc stake his claim
Beenie Man began his true ascent to stardom in the early 90s, his first hit single 'Mattie' released in 1993, reigned in his own right alongside his biggest competitors and by 1994, his reputation couldn't be beat. Beenie Man stardom was confirmed by his taking the DJ Of The Year Award that same year. He later signed to Island Records and released the seminal 'Blessed' album which included the dancehall smash "Slam".

Year 1997 proved to be his breakout year in Britain from the release of his Chevelle Franklin collaboration, "Dancehall Queen". The single along with "Who Am I" rocked its ways to the UK Top 10 chart and were both smashing local charts. By 1998 Beenie Man signed with Virgin Records, made three (3) Billboard chart entries peaking at #1 on Billboard Reggae, #7, #12 and #65 on Billboard RnB Hip-Hop Hot 100 and Top 200 album charts respectively. Beenie Man hits across the US included tracks 'Romie',  'Who Am I' featuring American Pop singer Mya as well as a remake of a track called 'Dude'. He also landed a major duet titled, 'Feel It Boy' featuring Janet Jackson in 2002 and recorded with Wyclef Jean and the Fugee, Arturo Sandoval. Beenie Man is the proud recipient of a MOBO and Grammy Awards respectively. 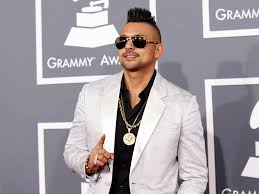 Super-Star Dancehall artist Sean Paul asserted himself in the industry like never before selling 1,228,148 units for his 1992 Interscope label produced album, "The Trinity". The album produced five big hits including the US Hot Billboard 100 chart topper, "Temperature". The track hit Canada, France, and Australia Top 10 and 20 charts respectively landing Sean Paul the 2007 Grammys 'Song Of Year' Award and sold 1 million digital downloads. In 2008 Sean Paul hit 20 charts across the world with the lowest peaked chart position #22. His music has been certified GOLD in 5 countries, Australia, Denmark, Japan, Switzerland and the United Kingdom, 4x platinum in the US, 4x platinum and silver in the United Kingdom.

Sean Paul went #1 on more radio stations and music charts across the world than any other. He is also the proud recipient of more major music awards such as three (3) Grammys, four (4) MOBOs, MTV, BET, ASCAP and Soul Train awards than any other Dancehall artiste. Historically Sean Paul is the highest selling Dancehall artiste of all time.


Without a doubt he created history in Dancehall his massive achievement according to Billboard writer Pat Meschino has made him, 'King of Dancehall'. "It's purely based on numbers, its nothing about artists creativity or anyone perception as an album being the best or better than the other nine so its based on numbers.." she said in an interview.

Make way for the peoples king

most influential, most creative, most controversial 'Di Teecha' a whole new story .......to be continued!