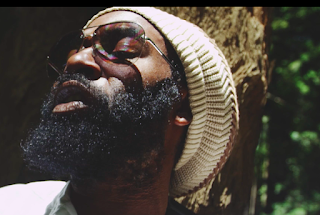 Some people choose music but it's different when music choose you, as in the case of I-Taweh, an artist whose talent bloomed from the solid roots foundation of live performance. This Jamaican, native of Prickly Pole district in the parish of St. Ann comes in with his own set of originals, not sung on popular rhythms, not created with the current trends, but with the essence of the original roots and culture of reggae. Think Burning Spear and Joseph Hill and Culture or Israel Vibration, complimented with a sensibility of pop music on ballads and sung in a rich baritone with deep, soulful harmonies and moody delay effects.

Since the explosion of his single 'Overload' in 2011, the musician turned solo artist I-Taweh has proven he IS Reggae and a soldier of the genre who's mission is to continue the work of his elders strengthening, uplifting and educating generations of people. There are many Reggae artistes out there but not many chosen to help bring about a better people, a better society and a better future. I-Taweh is one of the chosen and declared, "cause I know dem yah ole time days rasta man yah, woulda never fade away" on his new single, Never Fade Away a must listen track off his upcoming album and master piece of solid, authentic reggae music. "A fire that's been burning so hot and so deep" he told United Reggae in an interview is his reason for going solo and, a passion that bring out the crisp, clear, timeless sound of the former chanter of Count Ossie's original Nyahbingi group, Mystic Revelation of Rastafari drives him to realize his dream.

Unlike the Dancehall genre, Reggae has almost never failed at producing a bunch of talented musicians and artistes specifically among Jamaicans year after year. However, the abundance of talent might also be one of the genres' greatest disadvantage as many of these artistes and musicians are often overlooked. Although he toured Europe extensively in 2007 with count Ossie's group, this multi-talented guitarist/musician, singer and songwriter has been in demand on and off the stage. His incredible versatility and precision on guitar and bass has been in great demand. I-Taweh recorded with the likes of Nigerian born, English singer-songwriter Sade, Dancehall/Reggae fire brand Capleton, the royal family of reggae Morgan Heritage, Luciano the messenger and Sugar Minott who is accredited for the rise of contemporary Dancehall style. He also toured with Everton Blender as member of Blend Dem Band on guitar before calling it quits in 2009 to record and release his debut album, Overload.

It is now 2016 and once more I-Taweh is at it again, putting the final finishes on his soon to be released studio album. Never Fade Away the first single off this album is evident of what to expect from this project. Sounds of the best of live music, live performance and relaying messages with conviction. I-Taweh is one of the reggae artistes fans are yet to hear enough of. His work demands attention and is a clear cut path to the future of authentic reggae. This is Reggae, this is what it sounds like, this is what authentic reggae fans want to hear and this is how it's done! Click song title Never Fade Away to listen the first single off the 2016 upcoming, soon to be announced album by I-Taweh that is slated for release at the end of September distributed on VPAL Record label.