FanMail - Me and The Theory Of Reggaetivity 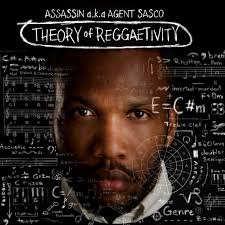 I never tried forcing music on myself I either like a song/album or I don't. It's not a subject, listening should not be hard on the ears. The moment I hear a song, I know whether or not I like it. It's like living in a moment, oblivious but attracted to elements or sounds that grabs me. First impressions last right?

So it is on that basis I determine what music or song I like and Assassin aka Agent Sasco's album, Theory Of Reggaetivity gets a thumbs up from me as most of, if not all tracks hit me the right way hearing them for the first time. I love the variety and selection of rhythms, creativity and delivery of each track, the teachings and messages all presented as an album in live performance. Imagine driving along a highway, cruising and listening this music deep rooted in reggae and Jamaican/African culture, positive and wholesome. 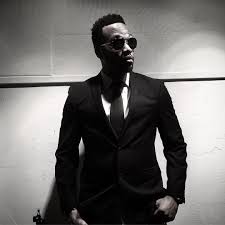 The sampling of the young Campbells (AC, LC and JC) voices on tracks, put a smile on my face. If you follow Assassin on social media you probably share the sentiments. He's seemingly, a loving father and respectful person. These personality traits are felt throughout the album. I particularly like "Stronger" as well enjoy listening collaboration, Slave No More feat. Chronixx and Mix Up. Overall, I appreciate the full force of re-introduced eras of reggae-dancehall old school rhythm classics.

Albums like these are must haves, I think this work is flawless and as a fan, I want to say to Assassin aka Agent Sasco, "mi love da one yah (Ms. Kitty voice), it's worth my lil much." Di music mek mi feel like...I totally understand the Theory Of Reggaetivity.