2015 Reggae and Dancehall Year in Review 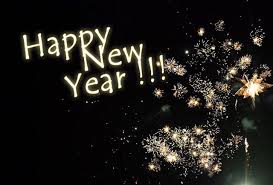 "As we give thanks for a new year let us remember also to give thanks for the past year. With life, there is hope so continue your journey knowing that any error made in the past is already made and every good seed planted will bear good fruit. Welcome 2016...."

What better way to start the new year here, than to look at some of what was achieved over the past year. Check out N.I.P.news 'Year In Review', how we see it... 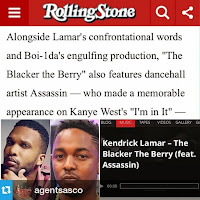 Major Collaborations for Reggae/Dancehall Artiste Agent Sasco
With a record high 11 Grammy nominations for his sophomore album To Pimp A Butterfly, one of Kendrick Lamar's big hit, "The Blacker the Berry" feature Jamaican artiste Agent Sasco aka Assassin. Agent Sasco also made a memorable appearance on Kanye West's, "Im In It" single off the Yeezus album...more

MTViggy and Vogue Magazines have identified Chronixx, Protoje, Jesse Royal, Iba Mahr, Kabaka Pyramid, Jah 9, Kelissa, Nesbeth, No Madz, as the new generation of roots reggae "Acts keeping Roots Reggae Alive." The MTViggy article published on its website cited, "the music vibrations coming out of Jamaica has firmly tilted back in the direction of roots reggae and other conscious expressions..read more

In the October issue of the popular Vogue Magazine, writer Abby Aguirre published a piece entitled, "Reggae Revival - Meet the Mellenial Musicians Behind Jamaica's New Movement" where she shared her personal experience meeting some of these artistes on a trip to Jamaica, "I'm here for something I have read about but not yet seen.  After more that two decades of being dismissed as music for parents and tourist, roots reggae is relevant again in Jamaica," she wrote...more

International Peter Tosh Day Officially Launched
The twentieth day in the fourth month of the year best known as 4/20 now marks the first International Peter Tosh Day. April 4th or 4/20 was launched as a day of celebration  in honour the legendary reggae artiste Peter Tosh, musician, human-rights-activist and advocate, responsible for pushing the envelope on consumption of marijuana for medicinal and spiritual health benefits more

Prime Minister of Japan Shinzo Abe also visited the Bob Marley museum in Kingston on his historic visit to Jamaica September 30, 2015. Japanese over the years often visit the island for the music whether it's business or pleasure...more

First Woman to close out Dancehall Night at Sumfest

Lady Saw became the first female artiste in Dancehall to close out the highly anticipated "Dancehall Night" concert at the 23rd staging of Reggae Sumfest 2015. Saw who turned 46 July 12, proved why she is Lady Saw; but would close out the year months later, giving up her Dancehall career to join the Christian faith.

Sizzla Kolanji through his Sizzla Youth Foundation launched a month long series of activities in celebration of the August Town Emancipation commemorating 177 years.  Activities included a Peace March and The Unveiling of a Monument dedicated to 1900s spiritual leader, revivalist and healer, Alexander Bedward, Senior Citizens Day, Bedward Day, The Greater August Town Violence Prevention Day, Back to School Family Affair and World of Reggae concert.
In an interview, Sizzla said of his mission. "It is paramount that we remind the youths of the community where they are from and the rich history and tradition which they must uphold. They must be aware of the strong links to the fight against slavery as the original settlers in these lands came from the Mona and Papine plantations..so we just need to re-educate the community so they know where they are coming from so as to chart the course forward."

Marleys in 2015 for 2016 spring/Summer collections
Ziggy and Stephen Marley became the new faces or John Varvatos Spring 2016 collection. The American designer Varvatos believes that Stephen and Ziggy are just as iconic as Marley himself.....click to read more

The fashion world would continue to reveal its inspiration from the Marleys during the NYC Fashion Week in September.  World re-known designer Tommy Hilfiger displayed his Spring/Summer 2016 collection to include pieces inspired by Bob Marley...more 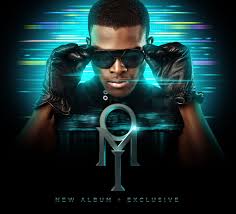 Chart Topping Moments for OMI
Clarendon born, internationally acclaimed, Jamaican Reggae artiste OMI became the first Jamaican artiste to hold a #1 spot on the UK Pop Chart for four consecutive weeks. OMI then went on to hit #1 on Billboard Hot 100 breaking a 12 year record held by Sean Paul since his 2003 for his smash single, "Get Busy."

"Cheerleader" further enjoyed holding the top spot on Billboard Hot 100 for two weeks and ran overall 6 weeks marathon on that same chart. The Felix Jaehn remixed "Cheerleader" was also voted "Song of the Summer" at the VMA's, received "Double Platinum" certification by The British Recorded Music Industry, sold Platinum in the US and Sweden as well as hit #1 in over 20 countries worldwide. A video for the single posted on YouTube garnered over 300 million views...read more

Singer Tarrus Riley made an impressive personal musical stride this year entering the Billboard Hot 100 music chart from a single he collaborated on entitled "Powerful" with Billboard chart topper, Ellie Goulding and produced by Major Lazer. The song spend 47 weeks on the charts peaking at #83 on Billboard Hot 100 a really good look for Tarrus Riley...read more 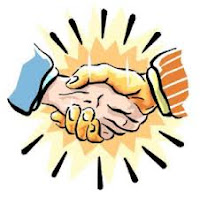 The Government of Argentina to Support Jamaica's For Inscription of Reggae to UNESCO'S Culture List
The Argentinean Mission to Jamaica, led by His Excellency Ariel Fernandez, Ambassador of the Republic of Argentina to Jamaica has pledged their technical support to Jamaica to guide the detailed process towards formally safeguarding Reggae as an element that demonstrates the diversity and overwhelming impact of Jamaica's heritage more... 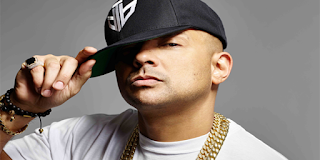 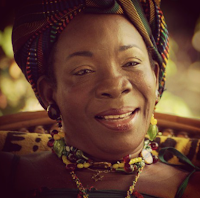 The United Nations' Women and the African Union Diaspora African Forum (AUDAF) awarded Rita Marley "Woman of Excellence" at the 2015 awards ceremony held at the hotel Waldorf Astoria in Africa. Rita Marley was awarded among a handful of prestigious women recognized as outstanding females of African descent representing a wide variety of disciplines ranging from entrepreneurs, artists, scientists to social activists....more

Major Lazer make way for Independent Labels
Major Lazer became the first artist/group on an independent label to go top 5 at both Pop and Rhythmic in more than a decade (and maybe ever) with "Lean On."  Successful at producing multiple hits featuring Jamaican artistes......more 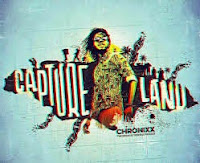 Local Tours Gets Strong Support
Chronixx Capture Land Tour Jamaica leg marked the first ever successful tour by a local artiste across the island in twenty years.  The Kingston leg that was held on the grounds of Jamaica College attracted huge crowds and was an all round success more. Capture Land Part 2 which was held in December in Trelawny delivered an even better improved production.  Chronixx and Zinc Fence with specially invited guest and colleague Jesse Royal of the parish, delivered a solid set continuing the mission of taking the music to Jamaicans in Jamaica, parish by parish, home to home...more

Sister Carol Hit The Movie Screens
Foundation reggae recording artiste Sister Carol will make a cameo appearance in the upcoming movie, Ricki and The Flash schedule for release in August. Sister Carol will play a "small roll interacting with Meryl Streep" who plays lead roll according to a Jamaica Gleaner report.... more 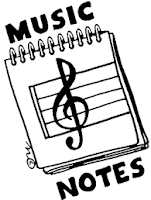 One Billion people uses Facebook
As of August 28, 2015 Facebook recorded 1 billion users on it social media network. That's 1/7th of the world's population, including people too young, old or poor to be online using, Facebook on a single day...more

Publishers love WhatsApp's potential but struggle with execution
Publishers have love-hate relationship with WhatsApp. While many are seeing big numbers from platforms, they're also wrangling with a handful of product issues that complicate how they're approaching the platform. For publishers such as The Huffington Post U.K. and Daily Mirror, which use WhatsApp to send breaking news alerts to readers, the big challenge is the work involved in getting people signed up for the alerts....more

YouTube makes a move against brand - sponsored videos
YouTube is clamping down on video creators who work directly with brands, nudging them instead to rely on Google's sales team for deals..more

Artistes Among Top 50 Most Viewed YouTube Channels
Taylor Swift continues to dominate charts of various statistics. Swift VEVO channel is listed among the TOP 50 most viewed YouTube Channels in 4th place with DisneyCollectorBR back in #1 spot after a brief one-week hiatus. The internet's premier destination for unboxing videos of adults playing with children's toys ends the week with nearly 109.6 million views.....more
YouTube Reveals Original Content Plan
Back in the fall of 2014, YouTube announced it would bring back an incarnation of it $100+ million Original Channels initiative and fund original once again from some of the site's most prominent and promising creators. The video sharing platform then promptly reorganized its content division to better handle doling out presumably five, six and seven-figure checks to its stars in exchange for premium programming.

Now, the head of Youtube's new Originals division, Alex Carloss, has revealed more details on this content push and what it means for developing Google's online video site....more