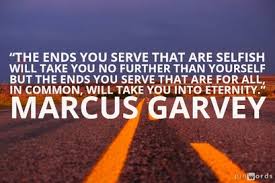 International Reggae Day (iReggae Day) celebrated July 1 of each year marked it's 21st anniversary in 2015 celebrating with various activities that highlighted the contribution and influence of Reggae music and culture. Among the list of activities that took place was an all day conference that was held at The Jamaica Pegasus hotel in Kingston. Key speakers included David Stopps (WIPO) speaking on Global Market and Digital Trends, Javier Figueras, Corporate Vice-President Affiliate Sales at HBO Latin America on New Technology, Trends and Opportunities for Caribbean Cable, Roshaun "Bay-C" Clarke of TOK and Bombruh Records on Content Challenges and Distribution Strategies, Gussie Clarke (Anchor Records) on the Impact of Technology on the Jamaican Sound, Dr. Carolyn Cooper, Professor of Literary and Cultural Studies at the University of the West Indies (UWI), Executive Director of the Broadcasting Corporation Mr. Cordell Green and Writing and Editing Professional Pat Meschino on other matters that looked at:-

The Sound System Culture
Since the 1950s, sound systems have played an integral role in Jamaica's music culture. However, in recent years there have been concerns on whether or not sound systems have become irrelevant to the industry. Representing popular sound system Bass Odyssey, Yaniq Walford argued that although the culture is not what it once was, "sound systems have become synonymous with Jamaican culture....." Founded back in 1989 by Keith Walford, Bass Odyssey like every other sound system is competing with the digital age. Yaniq Walford is quite aware of this and note, "there are changes that need to be made is sound systems are to be sustainable."  She asserted Jamaica's Noise Abatement Act is doing "more harm than good for the sustainability of sound systems." Other issues affecting the sound system culture as pointed out by Yaniq Walford include:
Music Production Quality
As it relates to music production, Music Producer and founder of Anchor Recordings, Gussie Clarke in endorsing Yaniq Walford's insight on the sound system culture said, "Jamaica has a value and a sound we should try and preserve. People are producing mediocrity and passing it off as music.." this act, according to Mr Clarke, if not brought under control, run the risk of the Jamaican people losing the, "very thing that defined us."

Securing Jamaica's Competitive Advantage in the Global Market
Drawing comparisons with statistics from Billboard reggae's chart debut in 1993, Billboard writer Ms. Pat Meschino, demonstrated how Jamaica's chart dominance has shifted from Jamaicans to non-Jamaican artistes/bands on both Billboard's Reggae album and single charts.  "The original singles charts had 25 slots, and of those spots, the top 16 were occupied by Jamaicans," she said. "Today the top 10 are split evenly between Jamaican and non-Jamaican acts, with the top-two spots being occupied by non-Jamaicans."

This trend according to Ms. Meschino is demonstrated even today as total sales of leading Jamaican Reggae artiste Chronixx Dread and Terrible album is 9000 units, compared to California base reggae band SOJA, who's totalling sales in the amount of 30,000 copies. If these numbers are to be turned around in favour of Jamaican artistes once more, Pat Meschino suggested:-

Citing the recent success of OMI's 'Cheerleader' single in the global market, Pat Meschino said, "the song Cheerleader was so good that even without the remix, it was possible that in its original reggae format, it could have reaped similar success if the correct marketing muscle and finances were put behind it from the beginning." Reiterating what many local reggae/dancehall music enthusiasts have been saying, she said, "This is the home of reggae, and you should know that from the minute you step off the plane. The music should be playing in the airports, hotels, restaurants, and so on" she concluded see full article

International Reggae Day was founded by Ms Andrea Davis, who also manages Toots and the Maytals, IP and Brand Consultant. The event attracted several speakers and participants both locally and internationally.