Ketch Up: Beenie Man/Eddie Murphy collab; Radio Station Irie FM came in for plaudits during sitting of the Senate 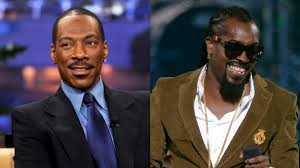 "This new collaboration is the first time in over 20 years...."


“Wonna Deez Nites” follows Murphy's 2015 reggae chart-topper “Oh Jah Jah” (VPAL), which peaked at #1 on iTunes Reggae Single Chart and debuted in the Top 5 on the U.S. Billboard Reggae Digital Song Chart.  This new collaboration is the first time in over 20 years since Eddie Murphy has worked with another Jamaican artist musically. In 1993, he paired up with legendary Jamaican dancehall artist Shabba Ranks on his song “I Was A King.” click to listen

Irie FM came in for plaudits during a sitting of the Jamaican Senate
Reggae radio station Irie FM came in for plaudits during the June 26th sitting of the Senate for its commitment to broadcasting local content. Government Senator Lambert Brown during the debate on the bill to amend the Copyright Act, has called on local radio and television stations to play more local content, as one way of building the economy and developing local talent.


Senator Brown says there was a time in Jamaica, when reggae music was not played by local radio stations, but one entity, Irie FM innovated and made a success of the dedication to local music content. Meanwhile, Senator Brown also called on local producers and actors to ensure that locally produced plays are copyrighted, so that they can tap into the export market, as the Jamaican diaspora is always in need of Jamaican productions.
#NIPnews