Hello "Cheerleader".." I Need Your Love" 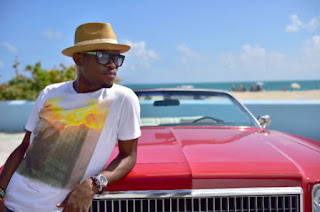 
Your guess is as good as mine. Remember we told you we are watching this track closely? Well here are the latest development.

This week on the US Top 40 charts Omi soars 26* -17* with "Cheerleader" -just shy of 1500 spin growth - and is one of two songs with a nine point jump! He trails Nicki Minaj's "The Night Is Still Young" that has just entered the Top 15.  Yup Omi's 'Cheerleader' is climbing these charts rapidly so hitting number 1 is inevitable. Keep watching.

Oh! To further emphasize how successful Omi is with this song, his "Cheerleader" video has surpassed 100 million views and would have been VEVO certified had it been uploaded to VEVO.

Shaggy's performance on the mega JAMN 94.5 Summerjam concert held at the Metlife Stadium in Boston last Saturday, is a reminder of why he sells platinum.  The 20,000 strong sold out crowd in attendance of the event, went in, singing word for word the lyrics of one of summer's popular singles 'I Need Your Love' featuring Mohombi, Faydee and Costi.

As if answering the voices in his head, Shaggy in an IG post said, "I don't need no more research than this!" And he certainly does not the song is a happy song and video, worth watching over and over. So as usual, with common courtesy, Shaggy thanked Summerjam before he head out to Bogoto, Columbia.