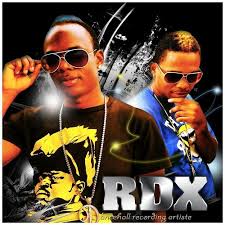 Dancehall's dynamic duo 'RDX' has past the stereotypical borders of music bringing the Dancehall culture to Non-English speaking countries.  The duo who perform twice yearly in Latin American countries has seen an increase in demand for their performance across these regions since their appearance on the Rototom Music Festival in Spain.

Since the start of the year, RDX made multiple appearances in Nicaragua and Chile, with other appearances set for Columbia and Costa Rica this summer according to a release. The RDX brand in the South Americas has far reaching effects, amped by the popularity of their dance motivated tracks "Lose Yourself" with Major Lazer, "Jump," "Kotch" and "Ride It." The duo have been performing in sold out venues, a thrilling experience which they say, "It's a joy to see dancehall music being enjoyed by huge Spanish speaking audience. The people know how to have a good time with no hang ups, just pure undiluted fun" Renigade said.

RDX has not only transcended mainstream Spanish speaking countries but are undeniably one of the most popular Dancehall acts in France for the past five years.  This has given them the opportunity to perform in other French speaking territories such as Reunion, Mayotte, Guadeloupe, Martinique and French Guiana regularly. "It's a phenomenal experience each trip. We are talking large excited crowds of adoring fans who remember songs we sometimes forget, and they know the English version to these songs line by line" said the group's singer, Delomar.

Fresh from a successful performance in Chile earlier this month, the duo is now considering, incorporating more of the Spanish flavour into their music. Now busy promoting a new song for all 'dancers' called 'Skankers' produced by their independent Apartment 19 Music label, RDX said the song is the new dance anthem, dubbed the 'dance floor roboot' and is amped by the energy and dance moves of popular local dancers.