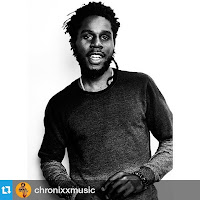 Both Chronixx and Jah Cure have announce new tour dates commencing in July through to August. Coming off his extended Capture Land US Tour, Chronixx will head to the UK where he is expected to perform in Manchester, Birmingham, Brighton, Oxford, Leeds, Bristol and Glasgow. In his own words here's how he explains his duty and show his appreciation, "Every night we give a offering of new songs. That's how we say thanks for this gift of music that has been bestowed upon I an I." Following Chronixx and his peers (Iba Mahr, Jesse Royal, Protoge, Kabaka Pyramid, Nesbeth and others) on social media is very enlightening. Their words and attitude towards their musical journey is worth the ride. So ride on!!!! 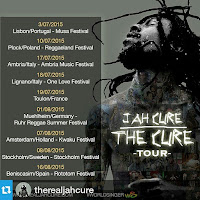 Out now is a new video by Shaggy featuring Chronixx off the Out of Many, One Music album. Both artistes cross paths while on tour last year in the US and performed the  single entitled, 'Bridges' and produced by Sly and Robbie for the first time at the Uprising Reggae Festival in Slovakia.

To keep up with who's on tour' throughout the summer click our "Artistes on Tour Summer 2015" listing.