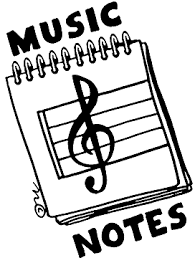 Two weeks after the start date of the new global release date was officially set - it will start July 10 - Billboard has announced how the change will affect their sales ranking charts.
Starting July 6, Billboard will post new charts on Tuesday mornings. Billboard currently post the charts on Wednesday mornings. The sales data is compiled through a partnership with Nielsen. At the end of the sales week, stores transmit their sales information to Nielsen, which compiles it and passes it on to Billboard.
The sales week according to Billboard will now last from Thursday to Friday. Stores will send sales data to Nielsen on Mondays. Previously, Billboard tracked data from Monday to Sunday.
The global release date "is something that Billboard has been discussing with Nielsen Music and industry leaders for months in relation to how a Friday global release date will affect chart processing, "Silvio Pietroluongo, Billboard's Vice President of Charts and Data Development, said when the global release date was announced.

The recent announcement of "an aligned global release day" for records has been met with reactions ranging from vitriolic to enthusiastic. By summer 2015, new records will drop at 12:01AM Friday no matter where you are in the world. If you live in the U.K. or the U.S., that means the longstanding tradition of heading into your local record store for new releases every Tuesday is about to end.