Is Rihanna teaming up with Dancehall artiste for R8? 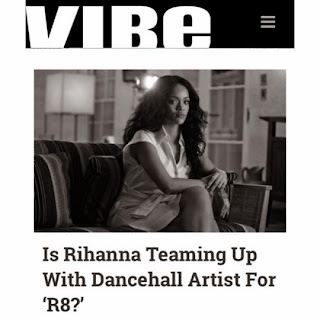 By: Krissy Lewis: Fans have been patiently wait for Rihanna's next studio album, reportedly titled R8, although we wish we could give you a release date, "The B*tch Better Have My Money" songstress hasn't made any announcements on when to expect it.

Producer and label founder of Mixpak Records (Vybz Kartel's current label), Dre Skull, told the Fader, "I know firsthand and secondhand that she's been reaching out to a lot of people in the dancehall world. I'm not suggesting it's gonna be [a dancehall album] but [her people] are excited about dancehall and to work in that sort of context. They've reached out to Popcaan, but I've talked to a number of people in Jamaica that they've reached out to."

Although DJ Dre Skull couldn't confirm whether these collaborations have been finalized, it would be a great touch to the album to mix a little dancehall reggae with some of Rih's raunchier tracks.

Until then, wait on it!