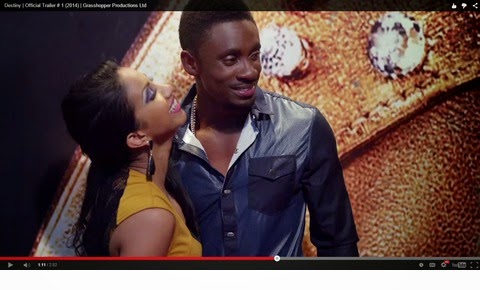 A breath of fresh air! That's the phrase that best describes Jeremy Whittaker's breakout film,"Destiny" that has now become the record holding, "Longest running film at the Box Office in Jamaican history." "Destiny" features a host of local talent, boasts a captivating story line and features some dynamic soundtracks.

The film, chronicles the story of Lisa Pullen, played by lead actress Karian Sang, journey in finding herself following the death of her parents and a tumultuous break-up with her boyfriend. Her trip to Jamaica to sell her inheritance led to the discovery of her family's past and finds her falling in love.

"Destiny" features prominent Jamaican actors and recording artistes such as the soulful reggae artiste Christopher Martin, comedian Ian 'Ity' Ellis and female Dancehall entertainer Grace 'Spice' Hamilton. The film, unlike many other Jamaican themed films of the past, is void of violence and bloodshed and premiers Monday March 30th at Miramar Cultural Centre in Florida.