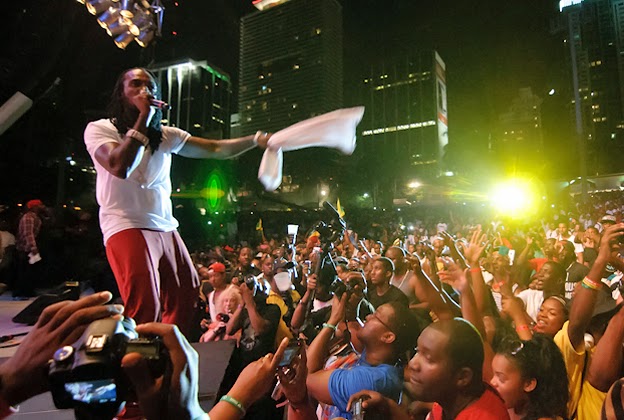 One of Dancehall's leading artistes is celebrating 10 years in the music industry this year. David Constantine Brooks aka Mavado, plans to celebrate his decade long music journey with a series of performance and music releases including a special remix featuring the incarcerated, Vybz Kartel 'di teecha,' a release stated.

Mavado, (named after the Swiss watch company) became an overnight sensation in Jamaican Dancehall upon the release of the 2004, Daseca Production single, 'Real McKoy' on the Anger Management riddim. He (according to his gullyside website) carved an inimitable style somewhere between the angel and the warlord.  His hit tune, "Weh Dem a Do" with it's "fly-ay ay up to the sky" hook over the club-tempo Red Bull and Guinness riddim, is accredted to have, brought that voice to the overseas market, and earned him magazine covers like The Fader as well as mainstream stations like New York's Hot 97 and the #27 position on the Billboard's Hot RnB/Hip Hop Chart.* Arguably, a slew of hits, which spiralled from an ongoing 'Gully vs Gaza' feud between himself and incarcerated Dancehall artiste Vybz Kartel in 2008, cushioned his mainstream success.

Over 10 years, some of Mavado's most notable recordings include Billboard hits, "Weh Dem a Do" and On The Rock featuring Hip Hop mogul Jay Z. The remix caught the attention of more mainstream media such as Rolling Stone Magazine which rated Mavado as the "Best Reggae Artist" in the Best of Rock April 2008 issue; and, Billboard Magazine which noted the significance of the collaboration with hip hop mogul Jay-Z citing "when Jay Z, who has never recorded on a reggae track, rhymed on a remix of singer Mavado's current hit, On The Rock, it became arguably the greatest endorsement ever given to any dancehall record"*

In 2007 and 2009 respectively, Mavado released the VP Records produced albums Gangsta for Life - The Symphony of David Brooks, which since it's début, remained in the Top 25 Billboard Reggae Charts, and Mr Brooks - A Better Tomorrow featuring the hit song with the contagious hook 'So Special" which smash into a U.S. commercial radio hit and remained on Billboard's Top 100 Hot RnB/Hip Hop Airplay and Song chart for over a month (peaking at #52). The hit song, 'Real McKoy' became the theme song for the fourth Grand Theft Auto Trailer entitled "Everyone's a Rat,"  and was also used in the Grand Theft Auto IV in-game radio station, Massive B Sound System. Mavado was selected for a special Nike 2008 Olympic campaign where he made an exclusive track, "On The Go" (Faster Than Bullet) for Olympic sprinter Asafa Powell's Train for Speed, a 35 minute interval workout sold on iTunes.

Mavado's collaborations adds to his legacy.  He has recorded with a number of top U.S. 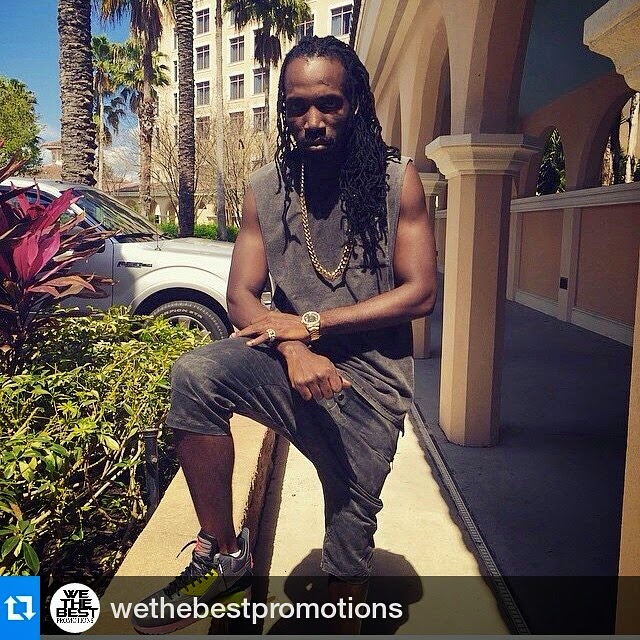 Personal accomplishments for the Dancehall Star involves the launch of his Mansion Records label, in 2011 and subsequent release of popular single, "Delilah." In that same year, he signed a major recording deal with American record producer, radio personality, rapper, DJ and record label executive DJ Khaled for We The Best Music Group, an imprint of the Cash Money Entertainment label/YMCMB family. Mavado's most current single under the label is called, "I Ain't Going Back Broke" featuring label mate Ace Hood and Future. A special remix of "I Ain't Going Back Broke" will feature ace Dancehall artiste, the incarcerated Vybz Kartel to commemorate the self titled gully gad decade long career. "Celebrating 10 years and my success it is only right to release this track now with who was my one time rival Vybz Kartel "The Teacher" and continue to create history together" Mavado said in a release.

Other activities promised to mark Mavado's career milestone, involves an historical performance at the newly renovated Kings Theatre in Brooklyn, New York April 10th, along with Reggae/Dancehall artistes Capleton, Lady Saw and Matisyahu. We The Best Promotions Dancehall Super Star promises a performance like never before, "with 10 years of experience comes maturity, people can expect to see and hear10 years of hits and many surprises from me" Mavado said.

Congratulations Mavado on reaching 10 years in your career from us her at New Image Promotions!