February is Black History month, the appropriate time to reflect on some great, black 'Princess and Queens' who made an indelible mark in history centuries ago. History proves that women have always played a significant roll in leadership, have stood up for what they believed in and fought for freedom, many have forgotten and/or undermine.  While great women are few in numbers compared to men historically, great Princess and Queens have lead by example, strong, smart and respected.  A trait, seemingly oblivious to some young women today. This, the 4th part of the series bring to a close N.I.P. February 2015 Black History Month feature. We sincerely hope, even one black sister out there was empowered and drew strength from one of, if not all the black Princess and Queens Featured here .  Our Queen of the moment and final feature is the late Ms. Nina Simone.


In May ways, Nina Simone's music defied standard definitions.  Her classical training showed through, no matter what genre of song she played, and she drew from many sources including gospel, pop and folk.  Often called the "High Priestess of Soul," Nina did not like the label of "Jazz singer." She injected as much of her classical background into her music as possible to give it more depth and quality, as she felt that pop music was inferior to classical.

Nina Simone sang a mix of jazz, blues and folk music in the 1950s and 60s. By the mid-60s, she became known as the voice of the civil rights movement as she wrote songs promoting the Movement including the "Mississippi Goddam" in response to the 1963 assassination of Medgar Evers and the Birmingham church bombing that killed four young African-American girls.  After the assassination of Dr. Martin Luther King Jr. in 1968, Simone penned "Why (The King of Love is Dead)." She also wrote "Young, Gifted and Black," which became a popular anthem at the time. 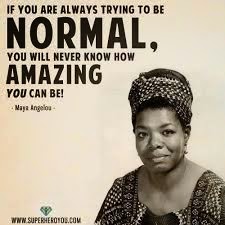 The sixth child of a preacher's family in North Carolina, Simone aspired to be a concert pianist but was denied a scholarship to the prestigious Curtis Institute of Music in Philadelphia despite a well received audition because she was black.  Over the length of her career Simone recorded more than 40 albums.

Two days before Nina Simone died, April 21, 2003, the Curtis Institute of Music in Philadelphia awarded her an honorary degree. she left a timeless treasure trove of musical magic spanning over four decades.