Written by: Sophia McKay New Image Promotions December 07, 2014
Our Reggae/Dancehall and Other Music News Highlights continues, picking up from the last feature ending July.  This entertainment news feature brings you highlights on some milestones reached within the Reggae/Dancehall industry or by Reggae/Dancehall artistes individually each month.

Note:- missing months means no such activity was recorded

First Female Reggae Artiste to Impact Billboard in 20 Years
November - Etana 'The Strong One' became the first Jamaican female artiste in 20 years to hit #1 on
Billboard Charts since Diana King and Patra.  Her 'I RISE' album produced by the accomplished music Producer Clive Hunt, instrumentalist, composer and arranger is number one on Billboard Reggae Chart and follows Etana's critically-acclaimed albums Better Tomorrow (2013), Free Expressions (2011) and The Strong One (2008).  The Jamaican singer-songwriter's melodic power blended with Hunt's rich arrangements, set this album apart as one of the best throughout her stellar career...more

Bounty Killer/Beenie Man Historic Musical Unification
Two of Dancehall's most controversial artistes of all times Bounty Killer and Beenie Man have come together to create an historic collaboration called, 'LEGENDARY' on the Starstruck Record label.  This collaboration has paved the way for unity in Dancehall by the king and grung-gad themselves even though there have visibly been signs of other Dancehall artistes burying the hatchet and putting their differences aside since the start of the year...more

Jamaican/British Artiste Nabbed MOBO Award
October - Jamaican born, British Reggae Artiste Stylo G is the MOBO Awards 2014 Best Reggae Act. He walked away with the award over strong contenders such as Taurus Riley, Sean Paul and Chronixx. Stylo G made an impact on UK fans around 2010 when he busted on the scene with a song called 'My Youth.' It took him all over the UK but the artiste wanted to get back to his 'Dancehall' roots because 'My Youth' was Grime music....more


Reggae Lost Another of its Music Pioneers
Reggae's pioneer John Holt died at aged 67. The Reggae music legend died in London October 19, 2014 at 2:40am English time...more

Major US Television Debut For Two Jamaican Artistes
August - BET 106 and Park welcomed Jamaican Reggae/Dancehall artistes QQ and Wayne Marshall to their live show August 27.
QQ performed his 2008 hit single 'Stookie' and 'One Drop ft Venomous.'  In a publication by the Jamaica STAR newspaper QQ said "I'm elated, it's most certainly a pleasure to reach such a milestone in my career like this....more "  Wayne Marshall also made his debut appearance on a major US television network when he appeared on BET that day, both represented for a Special Caribbean Carnival takeover...more

Fear racked the world after reports hit the media that persons coming into contact with the deadly Ebola disease from affected areas in West Africa to the US and Spain have died. 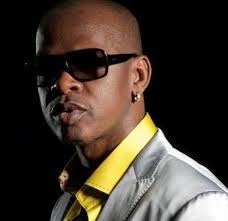 In light of what many feared could become a global outbreak, Jamaican artistes have been cautioned by the Government to refrain from travelling to affected Ebola regions. Reggae artiste Luciano cancelled upcoming gigs he had in Malawi, Ghana and South Africa while others such as Mr Vegas and Freddie McGregor weigh in on their own fear as well as cautioned that areas affected does not spread across the entire African continent...more

28/9/14 Jamaica's Promotion Agency (JAMPRO) Host Open Day for Entertainment, Film Industries
The main aim of the open day according to an article published in the Gleaner Jamaica, is to capture information on existing industry players, as the agency plays matchmaker, putting them in touch with opportunities available in Jamaica and ultimately internationally more

19/6/14 90 Days of Summer '90 Days 90 Ways
The Jamaican Government through the Ministry of Tourism and Entertainment has re-branded and about to launch "JamRock Summer - "90 Days 90 Ways" as part of it's initiative of pushing entertainment to attract visitors to the island. The announcements made by State Minister Damion Crawford follows a launch July 16 in Montego Bay, deliberately planned to coincide with the annual Reggae Sumfest event which commence July 17 more

16/6/14 Entertainment Zones Identified in Jamaica
The Jamaican Government in response to concerns regarding 'noise abatement' have identified entertainment zones for future development, "the vision for Palisadoes is to have seven particular venues I hope that over time to come it might reflect what Miami Beach is" Minister Damion Crawford more

2/6/14 National Radio and ESPN Content is coming to iTUNES Radio
Apple is introducing a new ESPN station for iTunes Radio. The station will include original ESPN programs like Sports Center All Night, . The ESPN station will also stream the World Cup, making it the first live sporting event to be streamed live through iTunes Radio and more. iTunes Radio is also planning to offer locally-targeted advertising more

27/5/14 State of Reggae - Chronixx on Hot 97 Morning Show New York
"Reggae music is an enept thing, a natural African thing...so like is no coincidence why our (black people) music is familiar because a lot of people are feeling the same thing at the same time....is more like an energy ting.." watch

20/5/14 If AT 'n' T Acquire DIRECTV
The move by AT'n'T to purchase DIRECTV for US$48.5 billion (US$64.1 million including assumption of debt) would add DIRECT TV's 20.3 million subscribers to AT'n'T's 5.7 million cable customers through U-Verse service making the combined operation the second-largest pay TV provider in America. Customers will be able to watch TV on any device more

11/5/14 Forbes Magazine - Meet Rohan Marley an Eco-Entrepreneur that Rocks!
Last month, while researching sustainable coffee for Green Bride Guide, I had the pleasure of connecting with Rohan Marley, founder of Marley Coffee. It turns out that, like his late father, Rohan is.. read more

6/5/14 VEVO is for Sale?
Vevo, whose co-owners comprise Sony Music, Universal Music Group and Abu Dhabi Media, is seen as a massively significant service for Google's YouTube, and it is certainly a part of the reason Google contemplates consumers would be fascinated in a YouTube-branded music service read more