Congratulations are in order for Chronixx making his US TV debut on NBC 'The Tonight Show' performing for millions across the United States of America and beyond. A career shift some say for the 21 year old but what else makes this appearance/performance more than just a career shift for Chronixx? Well in our opinion, Chronixx obvious mission of serving purpose. Apart from "recruiting soldiers fi Selassie I army...and...executing Selassie I works and build Rastafari troops," we take special note of the fact that another of his trait is highlighting his peers, elders and/or other Jamaican artistes and their music whenever the spotlight turns on him because "I can't do it alone" he sings on track 'Here Comes Trouble.' Chronixx selflessness is commendable and great for the music in general.

As we approach the 8th month in the year 2014 we see the need to remind persons of the status of Jamaican music (Reggae and Dancehall).  Our own perception is captured in a statement posted on Chronixx Instagram page "Reggae was never dead or dying." The post came after his performance on Jimmy Fallon's show July 22  on NBC and read in full:-
One last post for tonight.  Reggae was never dead or dying.  And you don't have to take RASTA out of the music to please no MEN! Give thanks to everybody who every believed in our music! Give thanks to my brothers and sisters #zincfenceRedemption and # ZincfenceRecordz @ChronixxMusicGroup.  This is JUST THE BEGINING. Let us all remain humble in the presence of the almight...knowing that The Lord God Jah Rastafari is always with us!

We share this view, Reggae was never dead or dying. This is a genre that gives and bares all. It teaches, bring nations together, inspires, motives and uplift. Music of such potency can never die but will live forever and ever.


Mavado Get the Collabs
Mavado got heads turned when he announced via social media that he will be working with hip-hop's great, LL Cool J and Pop Star Rihanna. His collaboration with LL Cool J 'The Hustler' has hit the streets and sounding good. This is yet another good move for the genre as well as for Mavado and we just can't wait to hear his and Rihanna's joint.

Reggae Sumfest In a Nutshell
Reggae Sumfest 2014 curtains were drawn July 19 to close yet another successful year in terms of performances and crowd support. Dancehall night in our opinion has in some ways taken a new face this year with acts such as I-Octane now nicknamed 'The Closer,' Mr Vegas and Assassin performances named among the 'Best' for that night. Now written in history, Dancehall Night at Reggae Sumfest 2014 was owned by veteran Reggae/Dancehall acts, known for having catalogs of internationally acclaimed hit songs and the skill of delivering great performances stole the spotlight. As Mr. Vegas rightfully summarize, "from we do good music the people gonna enjoy it." Bounty Killer, Spice and Aidonia as hardcore Dancehall artistes were also listed among the night's best performers click to see highlights 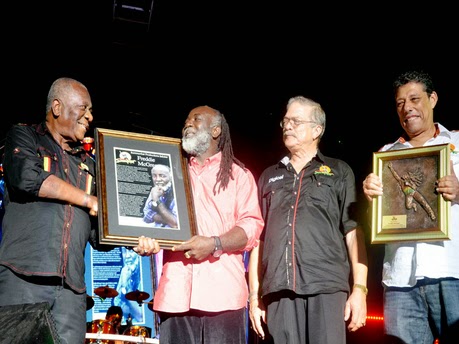 promoters of Reggae Sumfest, for his "sterling contribution" to reggae music.  He received the award before his "polished and professional set representing Jamaica's music throughout the decades [Reggae Festival Guide]" performance which brought the five-day music festival to a close on International Night 2, Catherine Hall Entertainment Centre in Montego Bay.

Freddie McGregor started professionally in music with the trio The Clarendonian in 1963 at seven years old. He came to prominence as soloist in the early 1980s with songs such as Bobby Babylon and Push Come to Shove.  One of his biggest hits 'Big Ship' later became the name of his highly successful music production and promotion company...more

29/7/14 Why Song Writers (and Indie Publishers) Need the PROs
Sony/ATV recently announced that it is contemplating complete withdrawalfrom the Performing Rights Organizations (PROs) ASCAP and BMI, if the consent decrees that each operate under are not amended to allow publishers to withdraw rights for certain uses.. more

23/7/14 The Skill of Listening
Every human being needs to listen consciously in order to live fully. Listening is our access to understanding. Conscious listening create understanding. A world where people don't listen to each other at all can be a scary place... listen 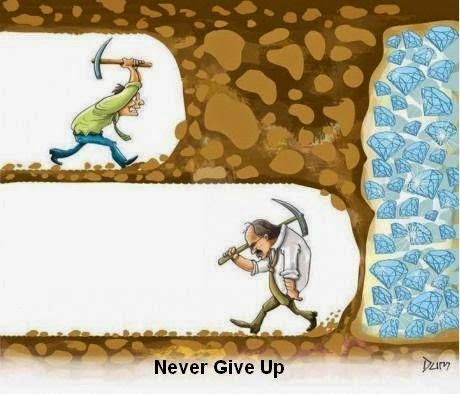 With the leaking of proposed contracts for YouTubes new music service, the indie world is up in arms over the constrictive and unfair terms being imposed upon small labels. It has been reported that this will mean many well known artists having their videos pulled from the service, if their labels refuse to sign more

2/7/14 Why Spotify is bad for Indie Musician
If the future of music rests in the hands of streaming, why do independent artists have such a hard time embracing it? It breaks down to one simple factor. If someone goes to iTunes and buys an album, whoever that album belongs to receives a good chunk of the money - about $7 more

1/7/14 International Reggae Day (IRD)
What do you think of when you hear Reggae? Reggae music is a genre that was developed from RnB and Ska around the 1960s.. more
#NIPnews