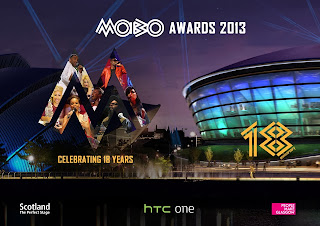 Jamaican International Reggae/Dancehall artistes Sean Paul, Mavado, Taurus Riley, Stylo G and Popcaan have all made the list of nominees in the category of "Best Reggae Act." Sean Paul hit the UK Top 10 twice since the start of the year with singles, "The Other Side of Love" and "What About Us" featuring UK girl group, "The Saturdays" while Mavado impacted UK Reggae charts with his "At the Top It's Just Us" track.  Taurus Riley also made an impressive impact with track, "Gimmie Likkle One Drop" while Popcaan's "Unruly Rave" made a favourable impression on UK Reggae charts respectively.

However, British base, Jamaican born recording artiste Stylo G hit big with his 'Sound Bwoy" single released March of this year.  He is featured on MOBO's website doing an Acoustic and is one of this years MOBO's performing act.  Not many Jamaicans are familiar with Stylo G who was born in Spanish Town but with almost a million views for his Sound Bwoy video on youtube one will understand that he is popular. MOBO (Music of Black Orgin) established in 1996, celebrates 18 years.

Tessanne Chin rules first battle round; Donna Allen vs. Tessanne Chin, "Next to Me"
As "The Voice" finally moves into the battle rounds, it's time to marvel at how good a TV show it has become.  Not sure what Adam was thinking pairing these two powerful singers in a battle, calling them both "world class singers" and he was right.  They each put their best foot forward as they reworked Emeli Sande's "Next to Me." Cee Lo praised Tessane's poise and Donna's raw power, though he gave the edge to Tessanne.  That said, I'm sad no one chose to pick Donna for their team.  She has a great voice that someone needs to teach her to harness.  One of the coaches could have done her and music fans a great favor by getting that point across to her.
ADAM PICK: Tessanne
SHOULD'VE PICKED: Tessanne
To watch click :- 'The Battle' 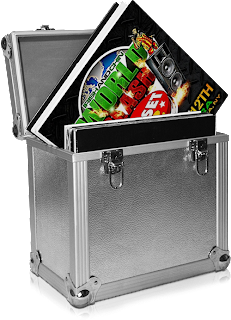 The Outcome of 'The World Clash R.E.S.E.T.' 2013 Shocked the Sound Clash Industry
It was a thrilling night for clash fans and one of great surprise, as juggling contender Sky Juice/Metromedia won the sound industry's most coveted competiion, World Clash R.E.S.E.T.  This iconic victory marks the first time a juggling sound won World Clash.  Clash fans turned out in the droves to experience the excitement and energy of World Clash R.E.S.E.T., which was filled with historical moments, performances and music selections.  Following Sky Juice/Metromedia's consistency was King Addies, who was fresh off the heels of defeating World Champions Bass Odyssey.  King Addies delivered a stellar performance through out the clash, earning a prized spot in the 'tune-fi-tune' against Metromedia.  All sounds brought experience, charisma and undeniable entertainment to the World Clash stage! Now you get to re-live the world's renowned competition completely free. Watch final rounds here 'Tune-fi-tune' and click here for more information on World Clash R.E.S.E.T. 2013.