The Meaning of Easter


What does it mean to you? 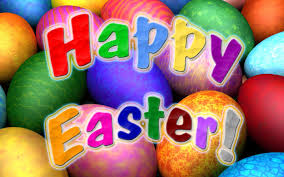 *The meaning of Easter today for million of Christians, is that of honouring and recognizing Jesus Christ's resurrection from the dead and his glorious promises for eternal life for all who believe in him. However, Easter did not always symbolize Christ's resurrection from the dead and the meaning of Easter was quite different than what Christians celebrate today.  The feast day of Easter was originally a pagan celebration of renewal and rebirth.  Celebrated in early spring, it honoured the pagan Saxon goddess Eastre.  When the early missionaries converted the Saxons to Christianity, the holiday, since it fell around the same time as the traditional memorial of Christ's resurrection from the dead, was merged with the pagan celebration, and became known as Easter.  The meaning of Easter was also changed to reflect its new Christian orientation.*

Easter Tendencies in Jamaica
According to the Guinness Book of World Records, Jamaica has the most 'churches' per square mile of any country in the world. This accounts for the strong religious belief that spreads across the island. Traditionally, Jamaicans of Christian belief spends Easter at church.  Early Good Friday morning service then regular service on Sunday.  The Monday that follows is a public holiday and celebrated as Easter Monday while the following Sunday is usually acknowledge as Easter Sunday.  But for some Jamaicans all these public holidays is for 'paataay,' (party) yes! some spend the day at the beach and other at home. Like every holiday season, food is a major part of the celebrations. 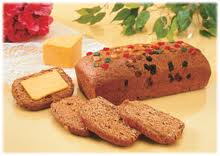 During the Easter season the giving and eating of Bun and Cheese form a major part of the Easter tradition and Jamaican tendencies.  From the season of Lent begins there are some who refrain from eating meat hence, the demand for fish swells across the island so during the Easter season eating bun and cheese and fish meals out weighs the real meaning of Easter but these are the tendencies of a wonderful nation of people who dwell on an island in the Caribbean called, JAMAICA.

Here's Wishing you all a Happy and Holy Easter Season


Source: ** All About Jesus Christ