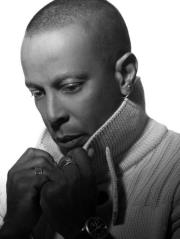 David M’s “Lest We Forget” song and video http://youtu.be/27Ipjv2xu2k  which played on BET (BET Jazz) and Music Choice and over 100 radio stations in the U.S. and 300 radio stations worldwide continues to resonate with the message of black struggle and achievement over the past fifty years.

The video was shown/presented at the 2010 Martin Luther King Foundation Awards in New York City at the Sheraton Towers where David M was a special guest of the Kings and Core foundation.

Over the past 3 years for Black History month and Martin Luther King’s birthday, David has performed the song on NBC TV’s “Late Night” with Joey Reynolds, The Schomburg Museum Harlem, The Shrine, Rochester Music Festival, and done presentation at workshops at the Harlerm AMC 9, owned by Earvin Magic Johnson, and numerous schools, colleges and universities throughout the U.S. he was also interviewed by Bob Lee on Bronx Net TV and Sandra Bookman on ABC TV’s “Here and Now” earlier last year.

David M was officially invited to perform at the weekend of planned activities by the committee responsible for the installation of the MLK statue at the Mall in Washington DC, last year which celebrations were postponed that weekend due to the weather.

“Lest We Forget” continues to deliver a strong message and we invite you to share this universal theme (especially at this time of the second inauguration of the 1st Black President of the United States of America).

No other video or song has so positively and wonderfully articulated the strength and determination of the fight by people of colour for equality, respect and dignity in America and the world at large, quite like Lest We Forget. You will be moved.

David M’s song and video is not only a timeless masterpiece that is not easily forgotten but will remain indelibly emblazoned on all those who see and hear it who share and celebrate the magnitude and depth of this struggle and triumph.