Has an Incarcerated Vybz Kartel Realized His Worth?

Written by: Sophia McKay New Image Promotions January 23, 2013
"I will be the man that will have the biggest positive effect on Jamaica since Marcus Garvey - mark my words" Vybz Kartel 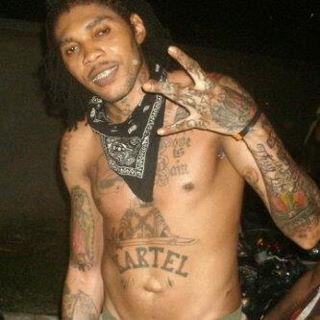 In a press release, Jamaica's most popular and incarcerated Dancehall artiste Vybz Kartel confessed his disgust being locked up, his faith in Haile Selassie and concern for his children, mother and youths of Jamaica.  The release read:-

Adidja Palmer has decided to give the green light to his co-author and business, Michael Dawson, to reveal to the public things about himself that he had previously chosen to keep private as he has always wanted to keep his personal and family life away from the intense public scrutiny that he has endured.

However, after being locked up without bail for nearly a year and a half, politicians still blame him for everything from scamming to teenage truancy to the increase in crime as he is constantly being portrayed as the root of all evil in Jamaica - this is a man who has never been convicted of a crime for his 37 years on earth.  He believes he owes it to his children and mother to not sit like a lame duck and let babylon demonize their father and son.  Furthermore he hears crazy stories about him attempting to escape and once even shooting a guard in the process.  Without an opportunity to defend himself, he has asked Dawson during their last visit to manage his Public Relations giving him the go-ahead to reveal lengthy discussions about the real Adidja Palmer that they had for months whilst writing their book, his reflections on the life during their visits and to market the catalogue of positive music that he had made years ago but has been shunned by Disc Jockeys, sound systems and record companies doing compilations.

He told Dawson during their last visit, "I'm not worried about the case right now as Haile Selassie said justice will prevail, regardless of how long it takes - if a so Jah say, a so it go so I am at peace that the matter will be dealt with.  I just dont want my children and the youths of Jamaica to get the wrong impression of me.  I am in no way perfect but I am not who Babylon says I am.  I love Jamaica, I love the youths and when I am out I will 100% guarantee that I will be the man that will have the biggest positive effect on Jamaica since Marcus Garvey - mark my words, tell the people of Jamaica they can take that to the bank and not the IMF 0 "OH (Kartel's voice.) Dawson through his company Whirlwind Entertainment will immediately take control of Kartel's twitter account '@iamthekartel' from this previous PR representative; will expand his social media reach and will periodically deliver "Conversations with Kartel" - a summary of hours of discussions they had in preparation for a Biography on the artist that they never got to complete.

Dawson believes this is the best way for the people of Jamaica to know the man first hand rather than rely on unsubstantiated stories.  Whirlwind Records (part of Whirlwind Entertainment) will also be putting out a series of compilations of songs that have been around for many years but have never been heard.  Next month, Whirlwind will release Kartel's first Roots and Culture album with a twist, a gospel/spiritual album is next and some stuff from Vybz Kartel that will shock the world.  Dawson explains that the visits are short and the environment is noisy so they don't get to go into details but Addi is in good spirits.  He misses his family terribly and prison life is tough but he is spending his days studying W.E. Dubois and Garveyism, he is currently staying away from all meat and he prays and meditates as much as he can.  Many will be surprised by what he told Dawson about Popcaan and Black Ryno.