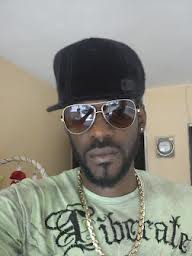 Meet Andrew Cardoza a.k.a Doza Medicine....  He was born 13th January 1979 at the University of the . Andrew and family lived at a place known as Almond town.

By the age of seven (7) years old, Andrew’s musical interests were recognized by his mother (Loreen Grant) and father (David Cardoza) at his first actual performance at a concert in . During his early development, childhood to adolescent years, his music interest fluctuated with the other things that child at that age would normally do. During his time in Almond town, his talent was portrayed the established after relocating to Portmore at age twelve (12).

Andrew attended the Clan Carty Primary, Clan Carty High and Maths Unlimited, where he was successful in his academics. He was first taken to the studios by a friend ‘Bascom X’ where he started doing his music professionally at age eighteen (18). After gaining experience, he recorded his first song with the group called ‘Islanders’, of which he was a member. This song titled ‘War Nuh Commerical’ was done for his motivator and musical mentor, Vybz Katrel on Adijaheim Label.

Doza Medicine’s latest recordings include ‘Pretty lil thing’ on Flex Rich Records and ‘Wine for Me’ on the Cash bag Records, along with a collaboration with a female artist in the song “Make me so Happy”

His live performances were at Follow the Arrow, Full Black, The Asylum Nightclub, Cactus, Westchester Festival, Portmore Awards, Vybz party and Stone Love Anniversary, Montegobay with the Portmore Empire, the Building Nightclub, at Westmoreland Kit fess, with Popcaan and Tommy Lee  and overseas including the Caribbean island, Europe and he’s looking toward more places.