According to the hollywoodreporter.com website, the Top 10 Highest Paid Music Artiste are as follows: 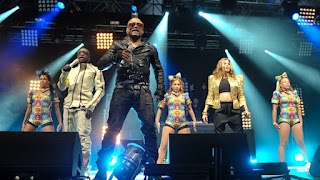 7.   The Black Eyed Peas
Fergie and friends hiphopped to No. 7 on Forbes' list. We got a feeling they just can't get enough.

6.   Paul McCartney ($67 million)
Instead of sitting home counting yesterday's profits, Sir Paul rocks a Rio crowd and Forbes' list, at No. 6. But we bet $67 million he'd rather be No. 1. 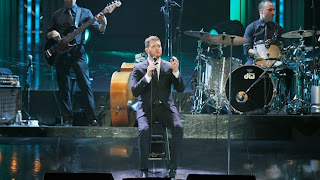 4.   Lady Gaga ($90 million)
Sure, Lady Gaga did all right on her concert tour, but Forbes reports that the No. 4 earner cut into her profit with high pyrotechnic underwear expenses.

3.   Elton John ($100 million)
Sir Elton graciously thanks the audience on the 102-concert tour that made him Forbes' No. 3 music act. 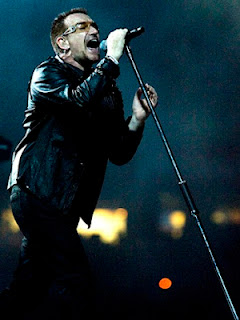 1.  Biggest Bucks on Earth: U2 ($195 million)
They're askin' for the check! Not surprisingly, the world's biggest band on history's biggest tour is also the biggest earner on Forbes' list.
Email ThisBlogThis!Share to TwitterShare to FacebookShare to Pinterest
Newer Post Older Post Home