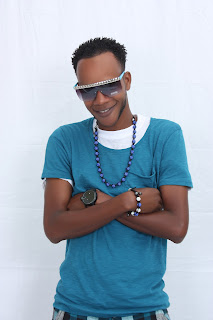 (Kingston, Jamaica) Local music talent competitions are more and more, serving as the ideal launch pad for upcoming artistes.  Many of those who participate in these competitions walk away (win or lose) confident, that they have garnered adequate attention from the public to push further with their careers.  This is plausible because it had been harder in the past for artistes to ascertain this type of exposure independently, an important undertaking to their development  and potential of becoming popular.

One artiste among many, who have capitalized on the exposure gained from having participated in the 2011 Magnum Kings and Queens of Dancehall competition is young Dwayne Edwards a.k.a. Mr. Charge.  He became one of the lucky competitors to be named, Judge Scatta Burrell’s Wild Card where he advanced to the top 12.

Though he had hoped to go further or possibly winning the competition, the exposure gained from the widely televised talent show was enough for Mr. Charge to leave a favourable impression upon a London based company, Chaydia Records which particularly became interested in working with him after seeing his performance on show.

Chaydia Records signed the West Kingston born artiste by the end of 2011 and has officially launched a promotional campaign for further development of his career and advancement of becoming internationally acclaimed.  Chaydia Records dropped three (3) singles entitle, Lyrics,  Hot So and Soon My Time then moved quickly at shooting a follow up medley video for Hot So and Soon My Time.  The beach scene video was directed by Nordia Rose and is expected to hit local cable/tv channels soon click for behind the scenes view here http://www.youtube.com/watch?feature=player_embedded&v=HHvWjUA50L4

Mr. Charge became an ardent music fan while he was in school and by the time he was out of school, would often attend dancehall events in his hometown. He admitted that not long after attending the Dances, his interest in music surpassed an admiration for stalwarts like Bounty Killer (who was at the pinnacle of his career back in the day) to become a life -long dream to which he is passionate and relentless in his pursuit of becoming a popular Artiste/Entertainer.

Mr. Charge recorded a couple of tracks earlier in his career with producer Junior Andy, son of veteran Horace Andy that received airplay. These included tracks such as his patriotic, Jamaica song as well as, Anything You Waan Me Wi Give You and Nah Kill Mi Friend. He has performed on the Irie FM and  Roots FM Cross County Road Show respectively before entering the Magnum Kings and Queen competition.