They Shall Rise Again 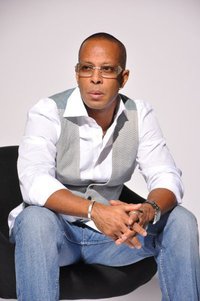 When David M wrote the song, '90 Million Franc' he did not know the Haitians would face another catastrophe not long after in 2010.  He was inspired by the people's resilience and wrote the song recognizing their zeal to strive in the mist of adversity.  After the devastating earthquake that rocked the country killing some 300,000 people and leaving over 1.5 million homeless, David allowed the single to be played in solidarity with the people of Haiti.  For the chorus he wrote: I'm the son of Sisyphus
My life's been Perilous
I'm the child of a lesser God
Searching for the justice that I never had
I'm the son of a proud race
Though you can't see it in my face
I'm the last black Jacobin
To take my freedom was my sin
But I shall rise again
Rise again 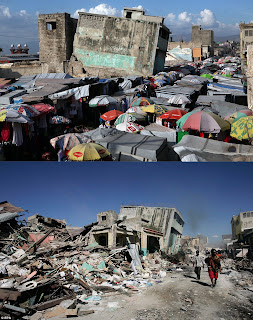 In a release at the time David M stated, "Haiti has faced man made and natural disasters which have devastated their economy and infrastructure but not the spirit of the people.  Our heart goes out to the people of Haiti at this time, as all of us share their pain, but believe that they shall rise again to that time of glory in 1804 when they established the first black independent colony in the new world; defeating an imperial power, with scarce resources, but with an abundance of faith, hope and a desire for freedom and justice.....they shall rise again." 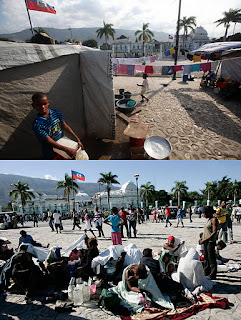 Two years after the debacle, the people of Haiti still struggle to rebuild and hundred of thousands of victims remain homeless.  The 2010 Haiti Earthquake was a magnitude 7.0m with an epicenter near the town of Leagane approximately 25km (16) west of Port-Au-Prince. In 1804 Haitians threw off the Government and chains of French masters and claimed Haiti as their own. The people were made to agree to pay 90 million Francs to France as reparation.  This was paid through loans by the French banks at high interest rates; the final installment was paid by 1947.  Haiti, once the richest colony in the Caribbean in 1804, was then the country with the lowest per capita income in the western hemisphere.  Today the struggle has taken a toll on the people.  Like David M, the world is watching and praying for the people and many agree that yes! the people of Haiti, 'Shall Rise Again'.  Please click to listen David M's tribute to the people of Haiti, 90 Million Francs