Another Jamaican Music Pioneer Has Passed 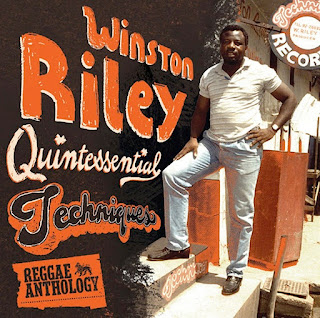 In 5 years, the Jamaican music industry lost 5 of it's founding members and pioneers such as the soothing, Godfather of Reggae Alton Ellis (2008), Steelie from the outstanding Producer duo Steelie and Clevie (2009),  The Cool Ruler, Gregory Isaacs, singer/songwriter, producer and sound system operator Sugar Minott (2010, one month apart), Leonard Dillon (who is an early singer with the Ethopians group), Phillip 'Fattis' Burrell who was instrumental in establishing the careers of Sizzla Kolanji, Luciano, Pinchers, Thriller U and Sanchez internationally (2011) and Winston Riley (2012).


Winston Riley, renown record producer, songwriter and vocalist, succumbed to gun shot wounds received to the head, November 2011 and died January 19, 2012, he was 65 years old. He was a founding member of Jamaican group, The Techniques and was also known and respected as a pioneer of his time for scoring hits including Double Barrel by Ansel Collins and Dave Baker.

Jamaica's newly appointed Minister of Youth and Culture, Honourable Lisa Hanna in remembering Mr. Riley said in an article published by the Jamaica Observer that, "Winston Riley surely numbered among our best record producers of quality Jamaican music" and that "he was a pioneer in popular music and made an indelible mark in the recording industry."

News of his death made the headlines of several major news network including the Washington Post which in its publication noted, Winston Riley is credited with creating the Stalag Rhythm, which later influenced hip-hop and dancehall.  Unlike his contemporaries who shunned dancehall music, Riley embraced contemporary Reggae and had several big hits during the 1980s.


Winston Riley went through a slew of incidents over the past year, he was shot at in August and stabbed in September 2011.  Few years ago, his record store located in downtown Kingston, was burnt to the ground. His son, popular Radio Jamaica disc jock, Kurt Riley was quoted as saying in a publication that, "Unfortunately, Daddy didn't wake up so we could talk to him to find out if there was something he was not telling us"  the report said the family did not know what motivated the attacks.

On the Billboardbiz.com website, Winston Riley is remembered as a pivotal figure in expanding Reggae internationally. Riley's steak of successful production stretched well into the 1990s with hits for numerous deejays including Red Dragon, Cutty Ranks and a teenaged Buju Banton while the career of cultural singers including Admiral Tibet and Courtney Melody also benefitted from their association with Riley.


When Jamaica celebrates its 50th Anniversary since Independence 2012, Jamaicans can reflect and be proud of nations legacy of natural and raw talent that have positively impacted the rest of world.  R.I.P. Winston Riley.