With a hot mix tape out now created by German Sound Sensi Movement that has spread like wildfire in Germany and across several countries in Europe that is now known to have fully transitioned into the Jamaican Dancehall music; Bramma has refueled his energy box, recorded a couple of tracks that are now ready for release.  Among them Bramma say, is a track produced by Steven ‘Genius’ Mcgregor called, ‘I Love You’ which was specially done for the ladies.  This track he says, “will reflect a different side of Bramma” so the ladies should look out for that.  Other releases to come are, Go Deh Gyal and Peppa also on the Genius ‘ new  jugglins’ to be released next week. 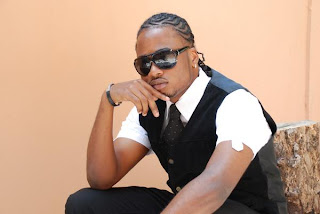 Bramma recently released a track that features his good friend, Elephant Man on the 12-12 riddim produced by DJ Smurf entitled, Roll Out (Do Whey Mi Waan); that track is already getting some good spins.  In the meantime Bramma spends his days working out in the gym and studios as he prepares for “some shows coming up” soon to be announced.