Sophia Squire Love Her or Love Her Not!

Written by: Sophia McKay New Image Promotions August 12, 2011
She often practiced writing songs, never letting anyone hear them thinking that they were “just awful”, still she couldn’t stop the flow of music in her vain having listened to her mother sing and play the guitar from birth.

Singer/songwriter Sophia Squire started to believe in 1993 that a music career was what she wanted when she boldly stepped into the Miami Vice studios in her hometown in Spanish Town, Jamaica.  Her ambition lead her to later become a Back Ground Vocalist for the late Reggae icon Gregory Isaacs whom she toured with for five years singing to huge audiences throughout the Caribbean and Europe enjoying the experience as well as gained knowledge of how execute the Reggae music art. Sophia also performed with outstanding Reggae artists Paul Elliot, Jah Mason, Lutan Fyah, Fantan Mojah, Glen Washington, Warrior King, Andy Livingston, Luciano and Richie Spice as Back-Ground Vocalist.

Going solo was never a difficult transformation for the soon to be mom, it was just that other phase in her life that connects with her goals and aspirations that had to be done.  So in 2008 upon releasing a song called, Rat-ta-ta-ta-tat that went on to get “an awesome lot of airplay,” Sophia knew that whatever attention she got then had to be maintained and multiplied upon.  She often practiced writing songs, never letting anyone hear them thinking that they were “just awful."  Now she articulates well with her writing skills; the proof of the pudding came during the month of May in 2010, when she dropped a single called, ‘Nature’s Calling’ produced by Tremor Modernize and Bredroc Music that penetrated the minds of her growing fan base . Whenever one hears a song for the first time and immediately caught on to it, that’s because that song interconnects with that individual both physically and mentally. 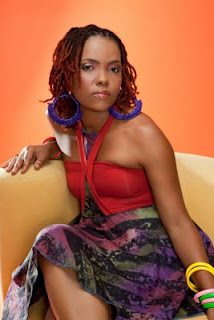 As it turned out Nature’s Calling, a Reggae ballad, love song and pleasant kind of music that makes doing a difficult task seem easier, connected.  As Sophia expreses her desire to be loved and ‘touched right there’ by her man on the track one gets the impression that its personal.  Her nature call  hit has entered several charts now sitting at #10 in its 22nd week on the Jamaica Music Countdown Chart.  The song has crept into the music spaces of many Reggae fans across the United States and Europe too and the promoters have already picked up on that and are calling but baby number two has asked mommy to hold strain.

After nature’s call, Sophia demanded, ‘Love Like Rain’ on another release produced by the Don Corleone.  Upon reflection Ms. Squire took the decision to that life has so much to offer so  she needed to, Live and Learn was the other track she dropped produced by Hawaiian Label, Rumble Rock Records.  Through difficult times there's always a way so the next track stated clearly just that and was appropriately called, Find A Way produced by 912 Records.  All these songs have been getting steady rotation on just about all radio station in Jamaica.  But it is the sexy contemporary Reggae love song called ‘Next To Me’ on the Purple Skunk Label that everyone seems to be talking about most, on the track she profess  ‘would he love me, loves me not not. Like to know the spot, that makes me weak. Does he know how silly I get when he is right, right next to me” makes it clear that this is personal so when asked if it was Sophia’s response, “yes it is” she said giggling, “it is coming from personal experience, I was going through a rough time when I wrote it but what it reflects is that love conquers all.”

Sophia Squire is expected to put down her load soon, she is happy and even more so with the way things have gone for her career at this time she says, “I feel blessed but most of all I am encouraged by the comments I get from fans when I post my songs, every small comment counts and I just wanna say thank you so much guys!’

A Thought For Today

"Improve your surroundings by producing rays of positivity rather than polluting it with germs of negativity."