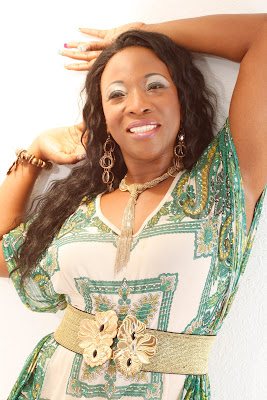 Cow Foot Video Is Still Number 1!
The 2011 IRAWMA recipient of the International Female Rapper/DJ, Macka Diamond’s runaway hit Cow Foot, has held steadfast to its NUMBER 1 position on FIWI Choice Top Ten Chart this week. The Cow Foot dance has become viral on the local dance circuits and is undoubtedly the red hot move for the summer.  The video which also entered Video Alley Top Ten two weeks ago has jumped two places up from #10 last week to #8 this week. On the music charts, the track is #9 on Stampede Street Chart while another Macka Diamond track entitled, ‘Too Much Bull” is #7.  Macka Diamond is into full campaign gear, appearing on CVM  at Sunrise this morning just a few hours after arriving into the country from a three weeks trip to the United States and Guyana where she made several appearances and shot a new video for a colab she did with Miami base new artiste Trillo.  Cow Foot has been bubbling on Toronto’s Radio Dubplate Hot Singles List, Blazing Bubblers Rising To The Top @#4 and that’s good because Macka will be heading off to Canada this week for two shows in Vancouver and Montreal.

Sophia Squire Nature Call Is On the Rise
Sophia Squire nature call track that has been getting some heavy rotation on most local station, this week the song has moved two places up to #23 on the Jamaica Music Countdown Top 25 Reggae Singles Chart.  Known to many for singing tracks like, Rat-ta-ta-tat, Nah Fight Ova No Man and Love Like Rain produced by Don Corleone the proud Mom to be hot single holds the #14 spot Stampede Street Chart and is #3 FIWI Choice Top Ten.

One ‘n’ Ones
Easi B’s latest single, ‘Why’ has jumped four places to #14 this week on Chris Coxson’s Reggae Top 20 Chart on New Style Radio in the The United Kingdom this week.

New Releases You Might Have Missed!
Here is a new release you might have missed ‘Wifey Nuh Tek Back Fence’ by new Dancehall artiste ‘LanMine’ click to listen http://soundcloud.com/lanmine-1/lanmine-wifey-nuh-tek-back

A thought for the day:
‘The ones who say, “it can’t be done” are the ones who miss out on all the fun."  - Author Unknown

“That's it folks remember we bring you this information every week and it’s credible! You can rely on us to keep you updated with the latest chart news on the artists we represent.
NEW IMAGE PROMOTIONS
‘From Start to stardom!’
follow us:-