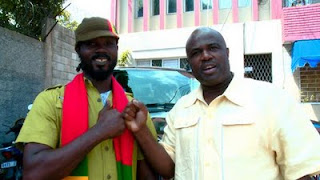 SEASONS GREETINGS ONE AND ALL FROM US HERE AT NEW IMAGE PROMOTIONS!!

Our artistes represent the people and they have much to say but are we listening ?  Are we trying to reach out?  Uhmmm!!Food for thought you think?

In this week update we re-introduce two Reggae artistes that have been in the system for sometime and have now re-vamped their entire image and music to blend in todays market place, they are none other than Cush Hunta and Ruffi-Ann:

Cush Hunta is a dj warrior from the nineties Dancehall experience, who did battle at a time when the music industry was a ‘cut – throat’ business.  He fought his way on the musical scene with the overwhelming power of his voice and bar over bar style.  Throughout his career Cush has performed on Cure Fest,  Rebel Salute, Giants of the 80s, Celebrity Wet Wet, Fully loaded and Appleton Temptation Isle.  His most memorable performance to date was at the Reggae Giants show  in Toronto, Canada August of this year, where he shared stage with Marcia Griffiths, Ken Boothe and John Holt.   Currently Cush is managed by Corner Stone Productions which have now launched an extensive promotional campaign to get his music out and create  a buzz locally and internationally.  Under the stewardship of Corner Stone Productions Cush  has two singles in rotation, 'Mawga Bwoy'  a comical follow up to 'Greens' his first indepedent production and ‘Ready fi buss’  a  song which clearly indicates this artiste intention for 2010.  Ready fi buss is already creating a stir within the Dancehall and is getting steady rotation on several radio stations since its release three weeks ago.  A video for Mawga Bwoy has been shot and is now in rotation on several cable channels.   Cush Hunta’s ability is limitless, this artiste is highly favoured and has much in store for Reggae fans across the globe. 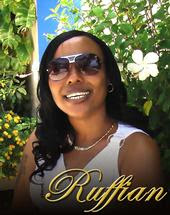 Ruffi-Ann is no stranger to the local industry, not many people know her by birthname, Sharon Peterkin but many remembers her as Lady Shabba  from the nineties whose efforts were focused on becoming a mega Dancehall star.  Ruffi-Ann recollection of what it was like then to get in the industry is that of  total dissapointment and extreme challenges, she recalls hanging out at studios  for hours without getting a chance to show off her skills and even being locked out in some cases.  Her most disappointing experience of all was being denied a great opportunity to perform in Trinidad where one of her tracks “Ram Ram” produced by King Jammys Kingston 11 Label reportedly did well and shot to the top of  Dancehall charts.  This prompt one promoter in Trinidad to travel to the island to book Ruffi-Ann for a show there but was told she had died.   Lady Shabba was aggressive, she was mad at the world and often displayed a bad attitude that usually carries over in her performances.  In 1999 she knew she had to tone down, she needed a change, that change manifested when she became a mother.  Lady Shabba views on life transformed and so was her focus in short, Lady Shabba became Ruffi-Ann.  After years of trying to find her true identity, Ruffi-Ann created a song called "Save the juvenile" which became the epitome of the new image she sought over the years, the song did well and became the song that identifies her.  With the full support of Management company Sounie Productions, Ruffi-Ann has  released three (3) other singles, "Enemy Dem", "No wuk no deh" and  "Can't stop the crime".   The focus now is to launch an effective promotional campaign to enhance the buzz created by  her "Save the juvenile" single in order to be favoured internationally.

Nesbeth is today a happy camper having met his own deadline for the release of his first jointly produced single with Jan Biggs called, "A nuh suh mi waan live" on the Circumstances rythmn.   When prompt about what inspired him to create "A nuh suh mi waan live" Nesbeth's response was,  " circumstances that leads  people to think whatever they are thinking or do whatever they are doing presently".   The soft spoken Reggae artiste clarifies what he meant  stating that "20% of the young youth involved in badness in Jamaica did not plan this as part of their life but instead find themselves in that situation".  "A nuh suh mi waan live" is a song that was written as a reflection of the thought pattern of a  youngster involved in serious crimes.  Nesbeth believes that  "some people need to stop judging the youth and try to find out why they do the things they do and help those who they can help", he performs this weekend  Saturday December 5th on the Tastee Talent Trail finals at Mas Camp.

Highlights!!!!!! In other news Fantan Mojah has come down with the flu and is resting comfortably at his home, while Christina Starz, Cush Hunta and Bramma appears live this Friday December 4th on Nationwide Road show to be held at Ward Theatre Parking Lot, Downtown Kingston.  Christina will also be performing live  on the Tastee Talent Trail finals at Mas Camp, Saturday December 5th.  Overseas base Reggae artistes Roots Revealers and Stanpipe will be in Jamaica soon and hopefully will staying to enjoy the Christmas festivities.  Clarendonian Dancehall artiste Kamouflage has much to smile about as he is now a father and recently hook with an English base Dancehall artiste for a collaboration, Kamouflage Kitty Kat single is a hot pick on UK base DJ Apollo Dan radio show on Intobeat.com.   Lt. Brooksie will be our Artiste in Spotlight next week  so be sure to check that out.  Well, that's it for this week until next week,  stay bless!!!!